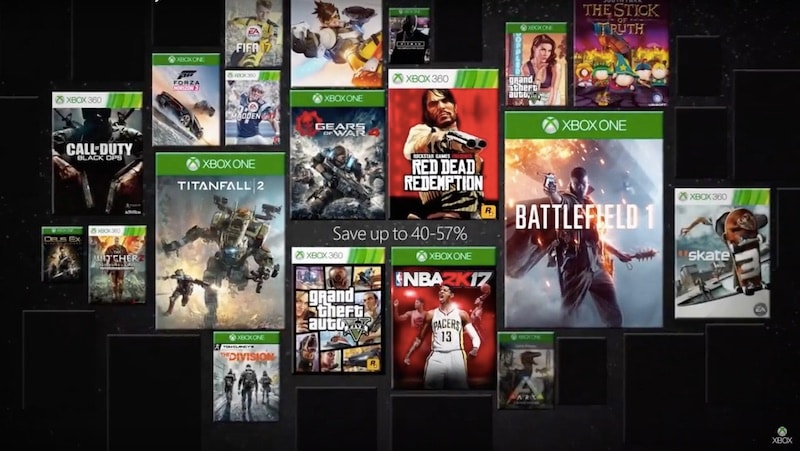 After teasing us with Black Friday deals earlier in the week, Microsoft has unleashed discounts on Xbox One and Xbox 360 games along with exclusive offers for Xbox Live Gold members.

“Xbox Live Gold members get early access to the weeklong Black Friday deals on Nov. 18, and everyone has access from Nov. 22-28. Plus, check back for even more great deals that will run over the Black Friday weekend, from Nov. 25-28,” wrote Xbox’s Larry ‘Major Nelson’ Hryb.

While the likes of Gears of War 4, Forza Horizon 3, and Recore have not been discounted yet, it seems that they will be soon. And until the trifecta of Windows 10 and Xbox One exclusives see a price drop here’s what’s worth buying.

Titanfall 2: this sci-fi mech-parkour title’s strong single-player campaign is worth checking out at Rs. 2,100 instead of Rs. 3,500 even if the studio behind it is unsure of the prospects of another game in the franchise.

Battlefield 1: yet another EA game worth a purchase. At Rs. 2,345 this scenic romp through World War 1 is entertaining thanks to a competent campaign and enjoyable multiplayer.

WWE 2K17: the latest instalment in this wrestling franchise sees a price of Rs. 2,800 making each suplex all the more sweeter.

GTA V: this open-world crime classic is reduced to Rs. 1,750. Worth the price of admission and then some.

The Witcher 3: Wild Hunt: quite possibly the best role-playing game of this generation can be yours for a paltry Rs. 398. The Game of the Year Edition which has all its downloadable content is available for Rs. 1,250.

Keep in mind that these deals are for Xbox Live Gold members. General access begins from November 22 with most games being 10 percent more expensive.

What are you waiting to see go on discount? Let us know in the comments.