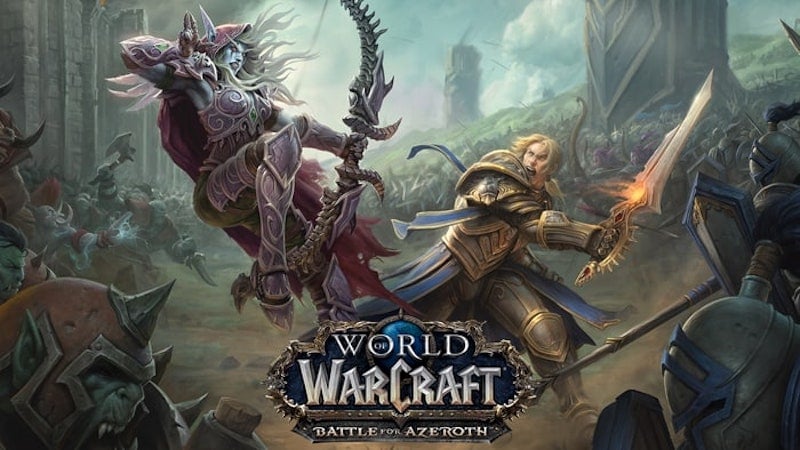 World of Warcraft: Battle for Azeroth has a release date. The latest expansion to the long-running massively multiplayer online role-playing game (MMORPG) is out on August 14 the world over. Battle for Azeroth takes place after the events of the last expansion, Legion. World of Warcraft: Battle for Azeroth price is $50 for the standard edition and $70 for the deluxe edition. In India it's priced at Rs. 3,199 at retail and comes with a 110 level character boost. Keep in mind that this doesn't have a physical disc, instead its described as having a "diskless DVD box contains a key granting access to the pre-purchase content."

Announced at BlizzCon 2017, Battle for Azeroth reignites the rivalry between World of Warcraft’s two major factions, the Horde and the Alliance. World of Warcraft: Battle for Azeroth features multiple warfronts, new kingdoms to explore, allied races to recruit, as well as the ability to customise your weapons and armour with new powers and traits.

As a new age of warfare begins, Azeroth's heroes must set out on a harrowing journey in search of new allies, race to claim resources to turn the tides of war, and fight on several fronts to determine which side will lead Azeroth into its uncertain future.

"Conflict is at the heart of the Warcraft saga, and in Battle for Azeroth, tensions that have been simmering for a long time escalate into all-out war,” said Mike Morhaime, CEO and co-founder of Blizzard Entertainment. “World of Warcraft players are incredibly passionate about the characters and factions they identify with in the game, and this expansion will make them prouder than ever to declare their allegiance to the Horde or to the Alliance."

If you're wondering if it makes sense to jump into World of Warcraft 14 years since its inception, we have you covered. Our time with the game indicates it has more than enough to keep you busy.

Firewatch Is Officially 'Coming Soon' to the Nintendo Switch