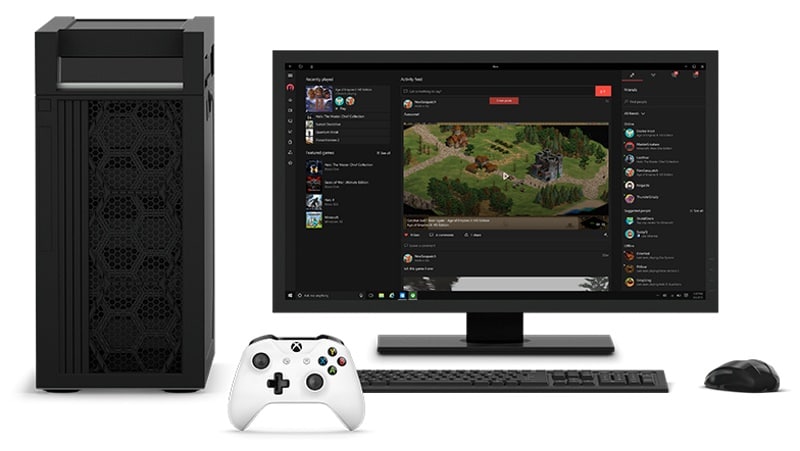 Microsoft is working on a new "Game Mode" feature for Windows 10 that will enhance the PC gaming experience of users making it run faster. It will arrive with the Creators Update later this year, and some elements have started rolling out to Windows Insider Preview users.

The company will also release "Arena" on Xbox Live, where you can play in organised tournaments or create your own, making eSports available for everyone.

In 2016, Microsoft acquired Beam, a live streaming video platform that focuses on video gaming, including playthroughs of video games and allows viewers to interact with the streams.

"We are building Beam as a feature of Xbox One and Windows 10, making Beam one of the easiest and quickest ways to stream your gameplay," Mike Ybarra, head, Platform Engineering, Xbox, said in a statement.

Beam will connect to your Xbox Live account, making it easy to stream your favourite games to Beam and your Xbox Live community. No extra software is needed and viewers anywhere will be able to watch your streams and interact with your broadcast.

The company is also adding updates to the Activity Feed, so you can connect and share more with your gaming friends.

"With additional improvements to 'Clubs' and 'Looking For Group' (LFG), like better moderator tools for Clubs and the ability to share LFG posts in your feed, we are making it even easier to seek out players for any game on Xbox and Windows 10, and join communities of gamers like you," Ybarra added.

'123456' Is Once Again the Most Commonly-Used Password in 2016: Study
Facebook Germany Announces Fake News Offensive Ahead of National Election