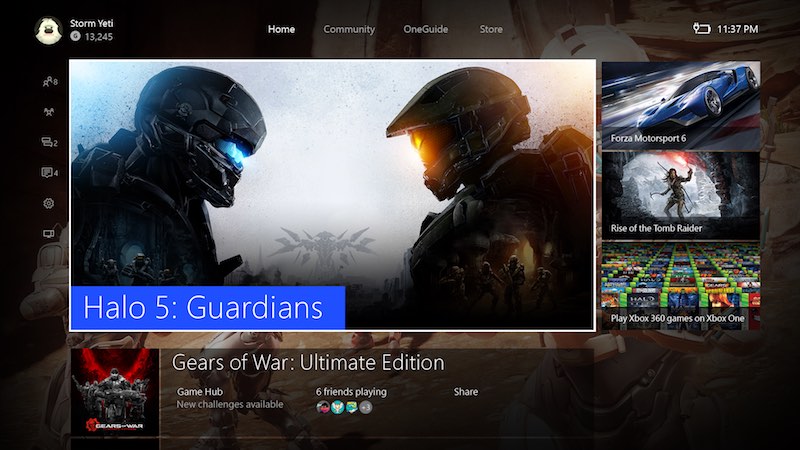 If you thought the Windows 10 update on the Xbox One is the last software iteration for the Redmond-based firm's latest console, think again.

In a conversation with Eurogamer, Xbox One program manager Richard Irving claimed there's a long way to go, adding that the latest Xbox One dashboard is "the next step but not the final step."

Irving was responding to a question contrasting how threadbare the Xbox One was at launch in terms of feature set versus what it now. For many, it was a step backward from what the Xbox 360 brought to the table.

"If you look at Xbox 360 now, you have 100 times more features than you did when the console launched. You didn't have streaming HD video services at the time, and now that's the future of television. You didn't have a common friends list across all of your games, and now it's expected as standard. So with Xbox One we looked at what we want to accomplish, what publishers want, what fans want, and you make trade-offs based on what you will leave behind, betting on the future," Irving explained.

"In some areas I think we made some great decisions. In other areas there was an opportunity to learn from the launch and there was a lot of space to - in the two years since then - build on that. And that's why the new dashboard is the next step but not the final step," he continued. "We have addressed a lot of the highest priority stuff from fans and from game developers but there's still so much stuff we can do to evolve how games exist on the platform and on Xbox Live."

Long time Xbox fans would be quick to realise that the company is essentially following the same software upgrade path as it did with the Xbox 360. The second console from Microsoft launched with the classic "Blades" UI, got a new lease at life with a more social and intuitive design labelled as the New Xbox Experience, and now sports a tiled theme. With each update it added newer features to the device. The same seems to hold true with the Xbox One.