Wii 2 to have Blu-Ray support? 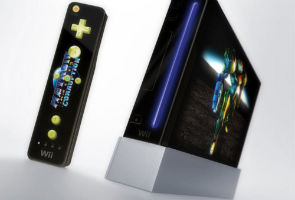 Highlights
The most exciting and anticipated announcement at E3 (Electronic Entertainment Expo) 2011 has to be Nintendo's next generation console. A few weeks ago, Nintendo put all speculation to rest by officially announcing that they would showcase their new console, codenamed "Project Cafe".

The announcement has led to much conjecture about the hardware capabilities of the device. We've combined the rumours with a wish list of our own and here's what we expect from Nintendo's next gen gaming device.

Next Gen, is it? We expect it to be way faster in performance when compared to the current gen gaming consoles, which are the XBOX 360 and the PS3. The device is also rumoured to have 1080p support, a built in HDD and a Blu-ray drive? Really? Blu-ray? Tech developed by competitor and rival Sony? True or false, rumour will be put to rest as soon as Nintendo takes the stage at E3 2011.

The console is expected to have a Custom Blu-ray-Disc that supports up to 50 GB of data storage.

Leaked images show that the controller of the device also houses a screen that the user can interact with. Whether it is a touch screen, remains to be seen. Sega Dreamcast was the last console that had controllers with a built in screen and a mini console. But, this was nowhere close to the experience that you get with current consoles.

We also hope that Project Cafe will be backward compatible with the Wii motion controller and Wii games.

Stay excited, as all hell breaks loose when E3 kicks-off on June 6 2011.
Comments