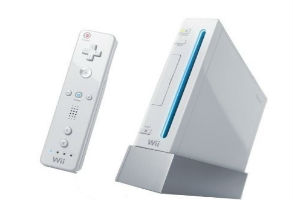 Highlights
Want to keep dementia at bay? Go for virtual exercising, it'll keep both your brain and body fit,a new study has claimed. Researchers have found that the "exergames"containing featues of physical exercise as well as interactive video game -- boost players' physical and mental abilities, and also help them fight off dementia, than traditional workouts.

For the study, the researchers recruited 101 volunteers,aged 58 to 99 years. People who used virtual games such as Wii Fit to work out had better memory and problem-solving skills than those who used bikes for cycling physically, they found.

The virtual exercises also helped the subjects in having a reduction of 23 per cent in progression to mild cognitive impairment as compared to those who used a traditional bike,the 'Daily Express' reported.

The findings, published in the 'American Journal of Preventive Medicine', showed that "exergames" needed to be carried out just two or three times a week for three months to show a significant improvement, say the researchers.

Dr Cay Anderson-Hanley of Union College, who led the study, was quoted by the British newspaper as saying,"Older adults who choose interactive over traditional exercise may garner added cognitive benefit."

A spokesman for Alzheimer's Research UK said the results were interesting, but detailed studies were needed to reach a final conclusion.
Comments

Watch out, headphone may cost your life
Nokia ready to support LTE technology in India