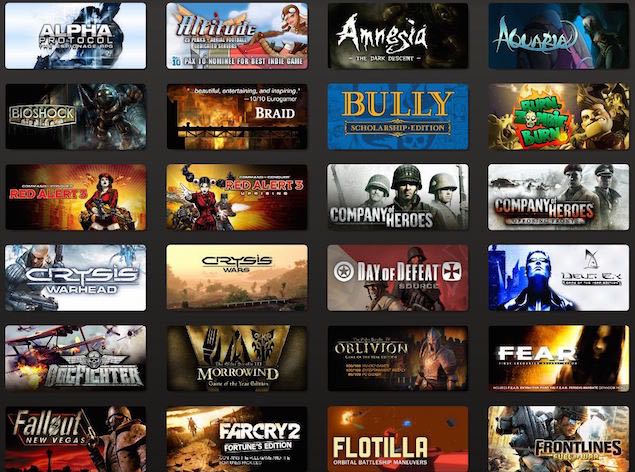 In a move that's likely to shake up digital distribution of video games, Steam - the biggest platform for PC games - now allows for refunds. Previously getting a refund on a Steam purchase was next to impossible, but this is going to change. Valve, the company behind Steam outlined how this will happen.

"You can request a refund for nearly any purchase on Steam - for any reason. Maybe your PC doesn't meet the hardware requirements; maybe you bought a game by mistake; maybe you played the title for an hour and just didn't like it," the refunds page on its site reads.

"Valve will, upon request via help.steampowered.com, issue a refund for any reason, if the request is made within fourteen days of purchase, and the title has been played for less than two hours. There are more details below, but even if you fall outside of the refund rules we've described, you can ask for a refund anyway and we'll take a look."

The page confirms that full refunds will be issued within a week of approval and shall be granted via the same payment method used to make the purchase. If Valve is unable to issue refund via the initial payment option, the user's Steam Wallet will be credited.

Interestingly, Valve also takes into consideration its Steam Sales. The section related to customer's abusing its refund policy on the page states:

"We do not consider it abuse to request a refund on a title that was purchased just before a sale and then immediately rebuying that title for the sale price."

Though the 14-day window for refunds is not causing any major controversy, Valve's stipulation that consumers are eligible for refunds if they have played a game for less than two hours in that period is one that has raised eyebrows across the world. While most AAA titles do offer at least 6-10 hours of content, there are hundreds of smaller games out their with much smaller play times.

These games could in theory be played to completion in less than two hours, and then returned for a refund - in essence giving users a free game regardless of how cheaply it was priced by the developer. While Valve does say it will treat each refund individually and monitor for abuse of the system by the consumer, developers of small games are certainly on the losing end here. Another concern is for DRM-free games - users can copy the game data, and then ask for refund, leaving them with a legal working copy of the game for free.

While Electronic Arts' Origin Store and GOG offer refunds for games within seven and 30 day window respectively, the fact that Steam will be allowing you to get your money back is reassuring, considering that it's the biggest of the bunch, despite the several ways in which the system can be gamed.

With most sales translating to digital over physical its heartening to know that not all customer rights are lost in the process. And though this takes care of the PC side of things, the question is though, how soon before the PlayStation Store and Xbox Games Store make their refund policies a little more user friendly?