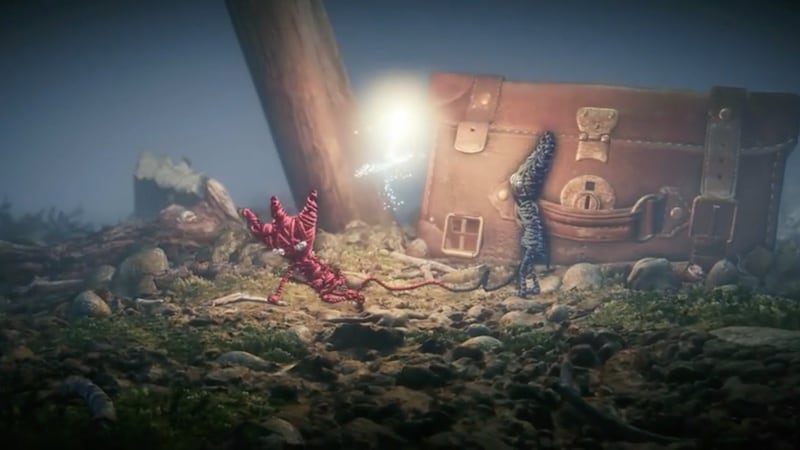 EA Play was chock full of new game announcements and Unravel Two was one of these. The trailer EA showed at EA Play showed a red character made of yarn “unravelling” slowly at sea as the character falls off a ship on a stormy sea. The biggest surprise was that Unravel Two is already done and it’s releasing today. This is a big change from the norm, which is games sometimes releasing years after E3 2018.

When things are at their darkest, you find hope, EA’s representative said on stage. Unravel Two is all about rekindling that spark and it’s a game about fresh starts and second chances. This game is about Two souls who refuse to give up and keep trying again and again. Unravel Two features Two characters sharing one yarn working together to complete the adventure. In keeping with the co-op mode we saw with A Way Out in 2017, Unravel Two will also have a co-op mode.

You can play this game in co-op with a friend or in single-player mode. Unravel Two’s gameplay footage showed that you can pick up the second character and cross obstacles. This allows you to split apart into Two characters and solve puzzles to overcome obstacles, and you need to do this to progress. You can switch between the Two characters easily.

The footage we saw showed a big bird enemy that was chasing the Two characters across a forest full of broken trees. Even though this game looks like a sidescroller, it features lush 3D environments and beautifully rendered levels, at least based on the gameplay footage of Unravel Two that we saw at EA Play. The Two players on stage showed how you can cooperate and help each other cross various stages. At times you need to distract the enemy for the second character to cross an obstacle. If you love co-op games, this is probably one of the best announcements you’d have seen at EA Play ahead of E3 2018. The style of graphics in this game reminded us a little of the iOS game Leo’s Fortune.