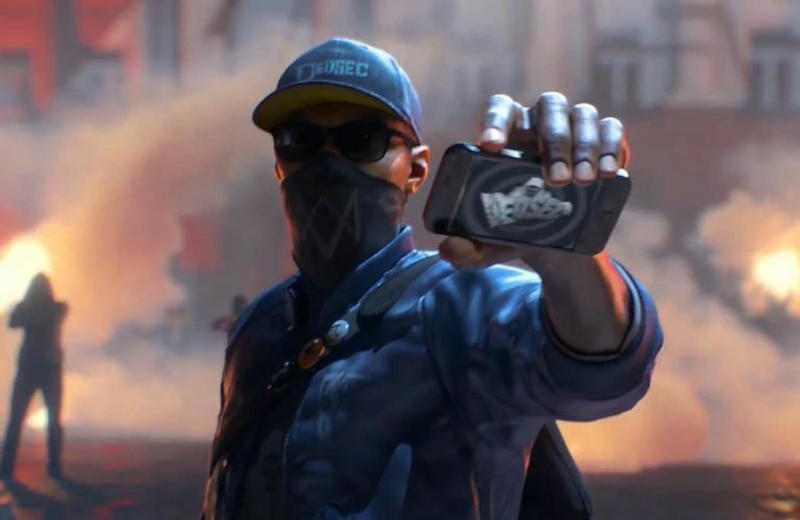 In what has been the longest E3 2016 conference thus far, French publisher Ubisoft showed off a wealth of games and updates that you can expect in the months to come. From open-world action titles like Watch Dogs 2 to gritty combat fare like For Honor, there's a lot to look forward to. Here are the biggest and the best from Ubisoft's E3 2016 showcase.

Watch Dogs 2 will have timed exclusivity on the PS4
Much like the first game, Watch Dogs 2 will see content exclusive to Sony's black box. All downloadable content (DLC) for the game will be available first on the PS4 for 30 days. Also, Sony will be partnering with Ubisoft on a Watch Dogs movie too. In addition to this, there was a gameplay demo (which appeared to be on the PS4) which had an infiltration mission. The combat seemed smooth as did the hacking segments. There seemed to be just enough variety and polish to make Watch Dogs 2 worth considering even if you found the first game drab. Look out for it on November 15.

For Honor has vikings versus samurais versus knights on Valentine's Day
While E3 2015 saw the debut of the multiplayer mode of third-person action game For Honor, E3 2016 played host to its single-player campaign and backstory. There was a generous amount of in-game footage of a mission that saw vikings lay siege to a samurai fortress. A wealth of enemies and a ton of weather effects made the entire set up seem rather dynamic. While we couldn't tell which platform it was running on, we won't be surprised if it was for the PC. The game has the aformentioned factions duking it out and trying to stop the god of war and her Black Legion from continued cycle of violence. What's more is that we have a release date. The game is out on February 14 next year. The same day as Persona 5.

Ghost Recon Wildlands' co-op mission sounded awkward
Don't get us wrong, it played rather well. It's just that much like The Division and Rainbow Six Siege, Ubisoft believes that having co-op players talk to each other in the form of an all but obvious script is a good idea. It just takes away from the action at hand and feels completely unreal. Having said that, the company claims that Ghost Recon Wildlands has the largest action game open-world, whatever that means. But what we do know is that it looks good and has more than a few options to complete missions what with an array of vehicles, weapons, and items to choose from. Expect it on March 17, 2017.

South Park: The Fractured But Whole makes fun of every superhero movie ever
The sequel to 2014's incredible South Park: The Stick of Truth has a revamped combat system that's reminiscent of XCOM. There's a host of characters classes to choose from, and it looks as good as the first game did - which means it looks like an episode from the show. Most of all, there's a sense of irreverence and tone that hasn't lost its edge despite the numerous seasons the show has had. From satirising the likes of Marvel and DC movies for their franchise ambitions to an improved set of talents and abilities, there's a lot to look forward to when it hits on December 6 this year. In a surprisingly generous gesture, pre-ordering the game nets you the first one for free.

Aside from these four key games, there were other points of interest. Trials of the Blood Dragon which merges the worlds of the 80s-inspired Far Cry Blood Dragon and the Trials racing series was announced and made available right now. Steep - a new IP that merges the open-world, online sensibilities of The Crew with snowboarding, paragliding, and base jumping we've seen in games like SSX will be out this December. A sequel to adventure-platformer Grow Home called Grow Up will be out in August while Ubisoft made a case for VR with two games.

The first, Eagle Flight has you in the role of an eagle, the onstage demo had the likes of Palmer Luckey and Jason Holtman of Facebook-owned Oculus which appeared to be fun while Star Trek: Bridge Crew featured alumni of the show such as Levar Burton and Jeri Ryan talking up how close to reality this ship management simulation is. There's no concrete release date for Star Trek: Bridge Crew with Ubisoft slating it for sometime in Fall this year.

What was your favourite announcement from Ubisoft's E3 2016 conference? Let us know in the comments.