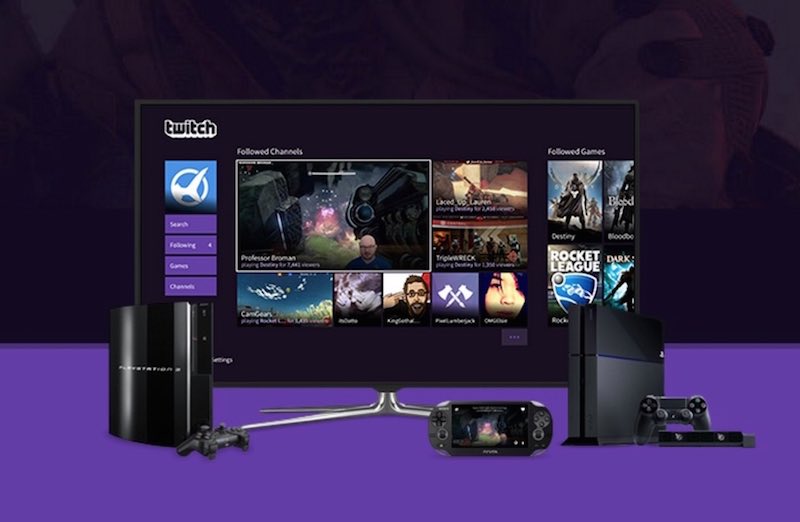 During streaming service Twitch's first event, dubbed TwitchCon, the Amazon-owned company unveiled that the PlayStation 4 (PS4) is finally getting its own Twitch app. According to the screenshots, it will resemble the app on the Xbox One and will be out in Fall. The firm also announced a migration to HTML5 from Flash, and video-on-demand (VOD).

The Twitch app for the PS4 will feature full chat integration, complete emoticon support, and will highlight broadcasts similar to the Live From PlayStation app except it won't be limited to PS4 broadcasts alone. It will also be coming to the PS3, PS Vita, and PS TV.

Also announced at TwitchCon, broadcasters can schedule saved streams and upload videos to run at any time of the day, adding the much requested video-on-demand playlist feature. In addition to this viewers will see a video playing when there isn't a live stream, essentially doing what YouTube does so well.

Most importantly, the company announced that it will revamp its live streaming to HTML5. Right now it works on Flash and the change will take place in the second quarter of next year. This will allow Twitch to offer its service on more platforms. With the app on iOS, Android, Xbox One, and PS4 we wonder what else the streaming giant plans to add.

The company also said it will allow for unified private messages across mobile and Web as well as message pop outs to ensure they're not missed. It would also let streamers create thumbnails for past broadcasts.

Goibibo Launches GoStays, Budget Rooms Marketplace
You Will Need a PC, PS4, or Xbox One to Play Black Ops 3 Single-Player