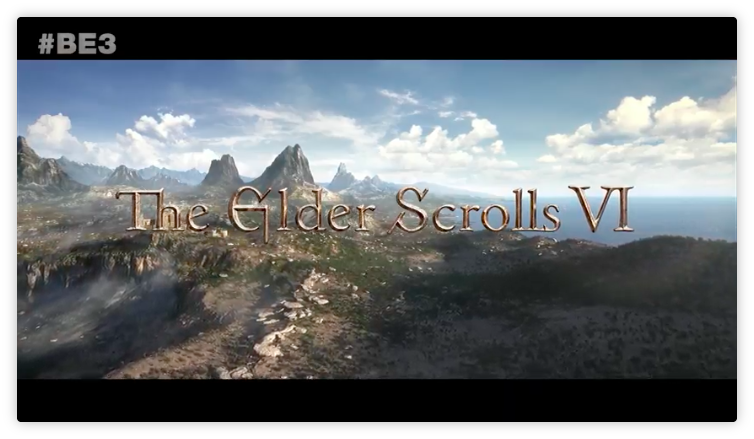 Bethesda was on a roll at its E3 2018 event, where the company announced a whole bunch of games that the company is working on and we can expect to see in the future. The first of these is an original IP called Starfield, which is set in space. The announcement trailer didn’t have much beyond a shot of a planet or a moon from outer space and a spaceship that appeared to go into some kind of warp mode at the end of the minute-long trailer.

The second announcement trailer was for The Elder Scrolls VI, a game fans of Skyrim have been asking for. These two are more in the speculative realm right now as all we got to see was a couple of short announcement trailers, which are embedded in this post. Beyond a fast zooming shot of the landscape, there wasn’t much of an idea of what people can expect in terms of gameplay or even any hint of a release date.

Keeping these things in mind, we can probably expect to hear more about Starfield and The Elder Scrolls VI probably during E3 2019. The only real thing we know for sure is that Starfield is Bethesda’s first new IP in 25 years and that the game will be a single-player experience. That should be a relief for players who don’t like online only experiences and love their single-player games. Let us know via the comments about what you think these two games could feature and what you want to see from Bethesda.