Ubisoft Explains How The Division 2 Skills and Specialisations Work 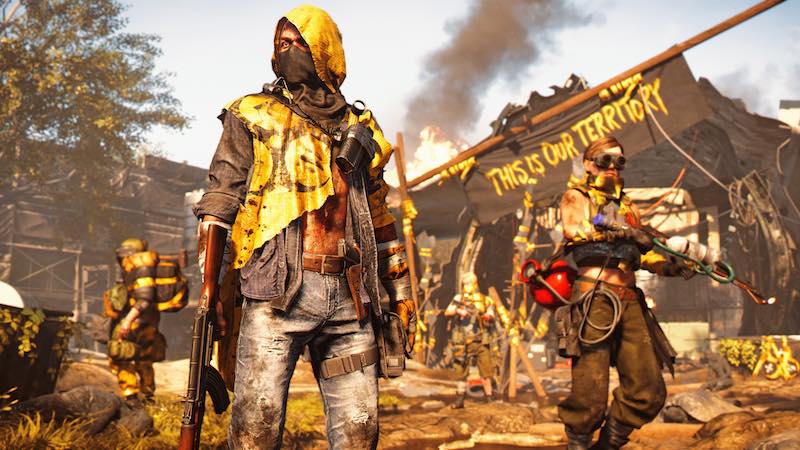 The Division 2 for PS4, Xbox One, and Windows PC release date is March 15 and while we've played The Division 2 beta last week, we noticed that the new skills available to players are a lot more powerful compared to the last game. While this makes ploughing through The Division 2's many foes a breeze, it also makes us wonder how this would impact the game and its balance, perhaps making certain players more powerful than others in multiplayer. According to Ubisoft Associate Creative Director Chadi El-Zibaoui‏, skills in the game will allow for player freedom thanks to the mods on offer — at a cost and be tweaked well after its launch.

"We have eight platforms [skills], that each have mods for variation; the Sniper Turret, for instance," says El-Zibaoui to Gadgets 360. "The approach we had is that, the more powerful the skill, the more it is demanding on your side. When you deploy the turret, it's not shooting on its own, you have to trigger the shots. We have the flamethrower, that's powerful as well, but you have to orientate it manually. Our approach was to give players complete freedom at the start to use the skill they want to play with."

He goes on to explain that The Division 2 will receive a host of changes depending on user feedback too.

"Regarding the balancing, we're going to be making those little tweaks until day one, and of course when the game is out in the hands of players, that's when we will have more data and adjust those that feel too powerful," he says. "We have a team that is focusing 100 per cent on the PvP [player versus player] platform, and are in constant communication with the team at Massive to ensure that those skills are not unbalancing the PvP."

In addition to this, he elaborates how The Division 2's specialisations work, with a focus on co-op gameplay and tactics, which may put off those of us who prefer playing solo.

"Specialisation is not about locking you into a class, it's more an additional layer," he says. "They have some particularities, like a Sharp Shooter can go straight through armour plates – a generic sniper rifle won't allow you to do that. If you manage to align targets, the Sharp Shooter can take down multiple targets at once. We are still tweaking how powerful it will be when we release it. However, you will notice a [Specialist] difference compared to regular weapons. Each Specialisation also has a unique additional mod skill, and this provides a tactical link to incentivise the co-op gameplay and the synergies. The more you play together, the more they buff your team, so they come with a lot of unique buffs and unlocks."

It will be interesting to see how these elements work together, what with an open beta for The Division 2 in the works. Oddly, Ubisoft didn't announce it in the traditional sense, rather its developers casually mentioned its existence during a live stream last weekend following a barrage of issues surrounding the game.

Reddit user TiniestBuckle captured a clip from the live stream that has The Division 2 developers stating "we're going to fix that for the open beta" when talking about an issue currently in the game. This should come as no surprise considering The Division 1 had private and open betas.

The firm later confirmed that The Division 2 open beta takes place from March 1 to March 4. Hopefully it improves over what the last beta had on offer, given the developer comments during the aforementioned live stream, this could very well be the case.

Nonetheless, given the less than warm reception The Division 2 beta had, allowing would be buyers a chance to check out the game before its launch could help Ubisoft prop up its pre-order numbers. More so considering the amount of work done to improve the first game's biggest painpoint, its endgame.