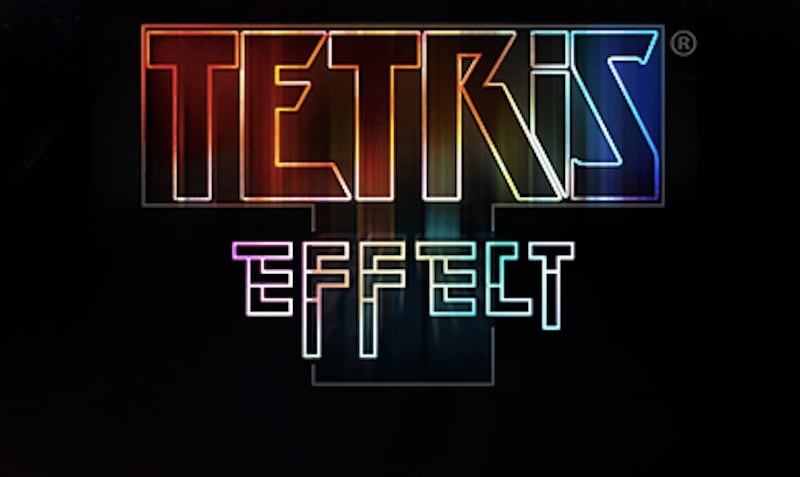 The first of Sony's PlayStation Countdown to E3 2018 announcements is Tetris Effect for PS4 and PS VR.   Helmed by Tetsuya Mizuguchi, responsible for classic rhythm games like Rez and Lumines, Tetris Effect has over 30 completely different stages included, each with their own Tetrimino blocks, clear effects, music, and sounds. No Tetris Effect release date has been announced just yet other than that it would be out this Fall. What's striking is that the entire game trailer was made with in-game assets and not CGI, which is a method preferred for most other game reveals.

"This isn’t a CG [computer generated] trailer of things unrelated to the actual game. Everything from this trailer was taken directly from the in-game assets: models, effects, animations, backgrounds, you name it. Even the Tetris Matrix and blocks at the end were captured from the game being played in real time," says Mizuguchi in a post on the PlayStation blog. He then went on to confirm that Tetris Effect runs at 4K in 60fps on the PS4 Pro and is playable in full HD on the PS4.

"Of course we made some adjustments for the sake of the trailer (layered different stages at once, removed UI, reflected elements, etc.), but needless to say if you like what you saw here, you will love this game, whether on a standard display in beautiful full HD on PS4, or at 4K/60 frames-per-second on a PS4 Pro, or in mind-blowing 3D thanks to the optional PS VR compatibility."

Tetris Effect will be playable on the show floor at E3 2018 and a demo is in the works as well. In addition to this, well known modes like Marathon, Ultra, Sprint and an all new "Zone" mechanic wherein players can stop time and either maneuver out of a potential game-over situation, or rack up extra line clears for bonus rewards make up parts of the package. You can check out the trailer right here.