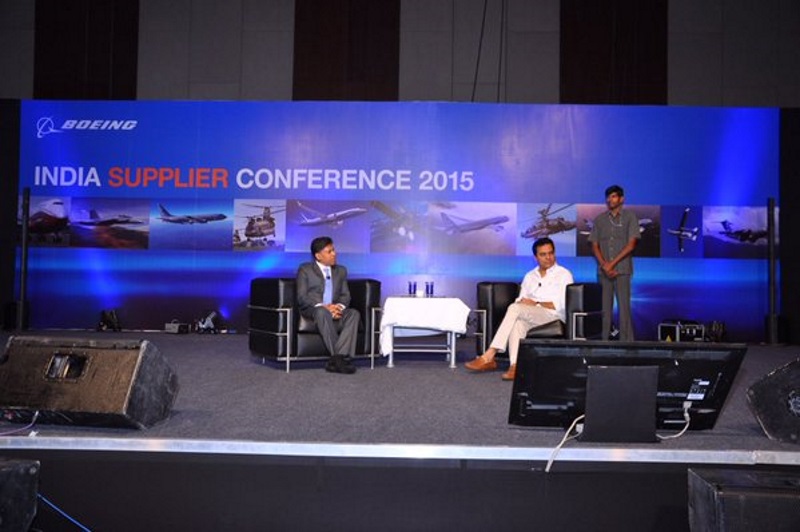 After the success of T-Hub, the Telangana government is in the process of setting up two more incubation centres in gaming and animation and aerospace sectors soon, state IT minister K T Rama Rao said Thursday.

The government has also started a pilot project to digitise the health records of its 35 million citizens across the state.

"We are also working to set up an aerospace incubation centre. We are talking to Boeing and Pratt & Whitney. The heads of these two organisations play key role in industry bodies such as CII.

"We want to keep these two organisations in the forefront and develop a specific centre where all the institutes come together with government support," Rao said.

"We started planning on that (aerospace incubation centre). By March we want to ground that. We are talking to IIT-Hyderabad also to join hands," the minister said.

On the digitisation of health records, he said the pilot project is currently underway in Gajwel constituency, being represented by Chief Minister K Chandrasekhar Rao.

"Digitisation of health records is in the pilot stage. TCS has started it. What we want... to compile all the citizens' basic information and put it on Cloud using hospital management software," he said.

"The integrated database would be available for both government and private hospitals. The health records can be accessed by a unique ID or Aadhar card. The whole data will be put in Cloud so that anybody can access it," he explained.

Rao further said that the government may consider budgetary allocation for the recently inaugurated T-Hub, a technology incubator, with collaborative efforts from the Indian School of Business (ISB), the International Institute of Information Technology (IIIT-Hyderabad) and NALSAR University of Law, besides various other organisations.

Uber India Rolls Out UberASSIST for the Elderly and Riders With Disabilities
HTC One (M8) to Receive Android 6.0 Marshmallow Update From Thursday