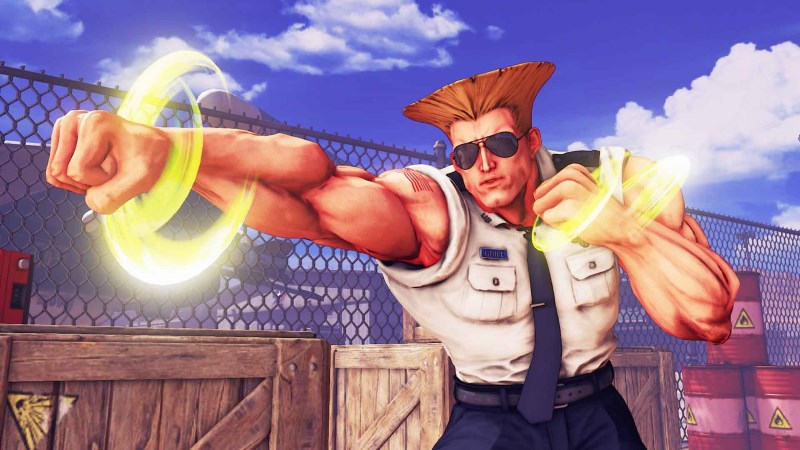 This month's update for Capcom's latest fighting game, Street Fighter V, will provide players with a new character in the form of Guile, in addition to a new stage and fixes for online matchmaking.

Although Guile wasn't a part of Street Fighter V's initial roster, he had been announced during PlayStation Experience 2015 as part of the six characters that would be released as downloadable content for the game. He returns with his traditional weapons such as Sonic Boom and Somersault Kick. There is also a new one called Faultless Move that helps him keep his charge even while moving forward.

You will also receive a new stage to fight on, which is modelled after Guile's Air Force Base that fans already know of. It will be available for purchase from the in-game store for 70,000 credits. Owners of the Street Fighter V Season Pass will receive both Guile and the Air Force Base for free, as well as the four remaining characters: Balrog, Ibuki, Juri, and Urien; possibly in that order considering the trend created by Alex and Guile.

Capcom is also addressing the issue of rage-quitters by way of introducing a new system. It will identify players who continually keep disconnecting from matches and will then penalise them by locking them out of matchmaking "for a period of time", the company said. You will be told via an in-game notification if you abuse the system.

One of our biggest complaints when we reviewed the game were its matchmaking issues. The company said it knows players have "experienced some issues finding opponents" and will be issuing some fixes with the update. Though marked for April, the release date for the update is as yet unknown.