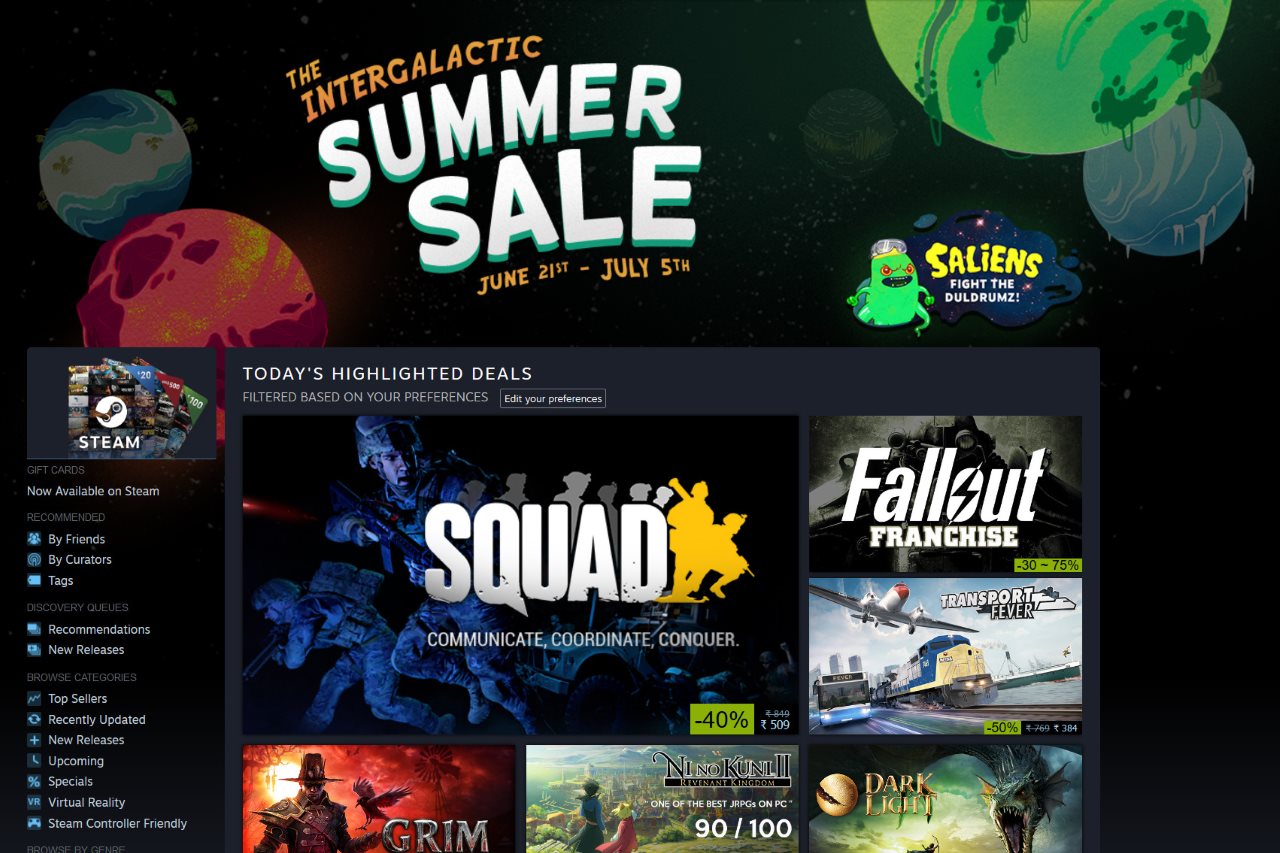 As is annual tradition, the Steam summer sale has arrived, bringing discounts up to 60 percent on a host of games, including Assassin's Creed: Origins, Final Fantasy XV, and Rocket League among others. Dubbed the "Intergalactic Summer Sale" even though humanity has only ever lived in just one, the Steam sale started June 21 and will run till July 5.

And as has been the case for a while now, all discounts will be available from day one through to the end, with no limited-time discounts or flash sales. That's good for players, since it gives you ample time to browse the store and find gems.

For those in India without an international credit/debit card, fret not. Steam has had support for domestic credit/debit cards, cash on delivery, net banking, and prepaid wallets since late 2016, so there's a ton of new ways to pay for your favourite games.

Here are the biggest deals we've spotted in the Steam summer sale: