Steam Music Player Made Available to All; 4 Valve Soundtracks Made Free 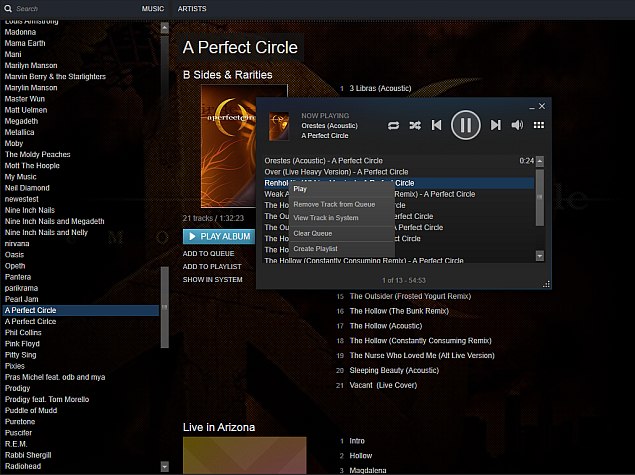 After introducing the Steam Discovery Update on Tuesday, Valve has released a new music playback feature along with a Steam Client update on Wednesday - called Steam Music Player.

The Steam Music Beta was announced for Big Picture and SteamOS interfaces in February, before being rolled out to Steam Client Beta users in July, and is only now being rolled out to all users. The feature is meant to allow users to play music while in-game, off their library or Steam Soundtracks DLC if the associated game is installed.

Users can either scan their drives to import music, or manually select folders to access via the Steam Music library. Files are sorted into albums, artists and playlists. Steam Music Player lets users "queue up mixes, and create playlists."

The firm has also made the soundtracks DLC of certain Valve games free, and in case players don't already own the games (Half-Life, Half-Life Two, Portal, Portal 2) it has sweetened the deal with a 75 percent discount on the 4 titles - all to "celebrate the release of Steam Music". Notably, those who purchase or already own the Free to Play documentary will get now get its soundtrack DLC for free.

Of course, when listening to music in-game, a level of control is wanted over the music player without causing an interruption to gameplay, say by pressing alt+tab. Valve's solution is not very elegant, relying on the regular game overlay interface for access to the Steam Music Player's controls, implying a shift+tab to bring up the interface (by default) followed by a mouse click - without an option for global hotkeys. This is an omission that makes the feature useless for players already using other means to achieve the hotkey functionality for their music. 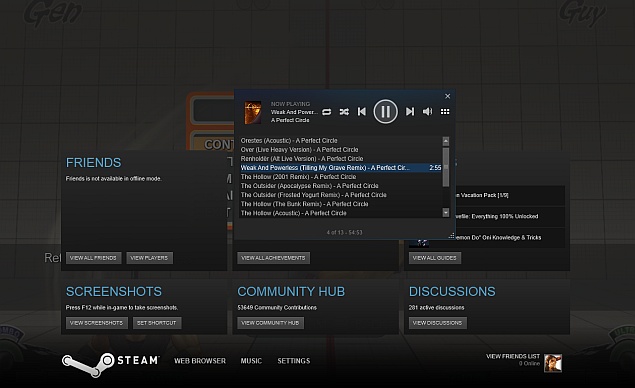 Another prominently missing feature is an equaliser, very important to audiophiles or those just finicky about how their in-game sounds clash with playing music. Online radio would have been a nice touch as well. Adding new folders to the Steam Music library is also a little bit of a chore, as the only place to add them is from the Settings page, and the client appears to scan all previously added folders again as well.