Steam may launch game-sharing feature in the near future 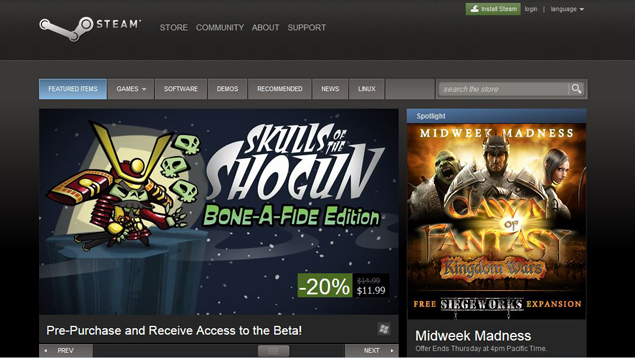 Over the past month game sharing has been in much debate. With Microsoft bringing in restrictive game sharing policies on its forthcoming Xbox One and Sony choosing the traditional route for the PlayStation 4, the gaming community has been abuzz.

Rumour has it that popular online gaming store Steam might incorporate game borrowing as well. According to code that a beta user shared at NeoGAF the surely seems plausible.

The user shared that the code exists in a file 'steamui_english.' The user explained the steps to obtaining the code. You start with updating to Steam Beta. Then go to Steam >> Settings >> Beta Participation. The file stored in the location Steam/Public/steamui_english is the one with the code. The code shows the existence of a shared game library.

As is evident from the apparent UI messages above, playing a shared game would result in the service intimating that a particular game is in use by a 'borrower'. Playing a game while it is with a borrower will show the borrower an error stating that the game is no longer available, returning you your gaming title.

If the feature is indeed introduced, clearly it will work just the way traditional sharing works - meaning you cannot play a game while you have lent it to your friend.

Microsoft has also launched a sharing facility with its Xbox One. With the new policy you can share your entire library with a set of 10 people at a time. But this sharing is limited to ten users. And sharing of individual online titles is not really incorporated neither in the Xbox One or Playstation 4. With the PlayStation 4 you can share a game in its physical disc based format. Now, if a popular gaming platform such as Steam incorporates lending/ borrowing abilities for a cloud-based gaming community, the big two might have to rethink their strategy.

Valve's Steam provides users with installation and automatic management of games across multiple devices, community features such as friend lists, groups and chat functionality. Steam is compatible with Microsoft Windows, OS X and Linux. It offers limited feature support for Playstation 3. The software also exists in a mobile version for viewing the storefront, managing user games and communicating with friends on the Steam community.