Steam Deck by Valve is available for reservations via its official website. 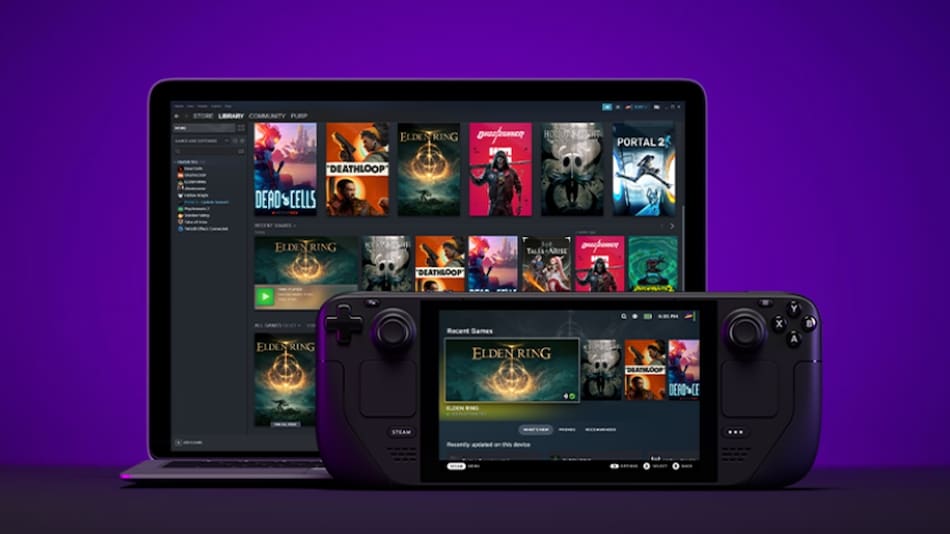 Steam Deck handheld gaming console, which was launched on February 25, has now started shipping to those who had made a reservation earlier and have now completed the purchase. It is also available for reservation again, and those who wish to purchase it can do so via the company website. Valve has also announced Aperture Desk Job, a free playable short game for Valve's new Steam Deck, and added a ‘Great on Deck' page that allows gamers to check the games in their Steam library for Deck compatibility, as well as additional Steam Deck-related content.

As per a post on Steam store, the shipping of the Steam Deck handheld PC has started and Valve has announced that those who wish to reserve Steam Deck can do so on the company website.

Additionally, the US-based company has announced ‘Aperture Desk Job', a playable short game for the console. The short is set in the Portal universe and essentially walks the user through the handheld's controls and features. Desk Job will be launched on March 1 and “is best experienced on Steam Deck,“ the company says.

The second major announcement is related to the game's desktop Steam Store. There is a “Great on Deck” page that will allow Steam Deck owners to check the existing games in their library Steam library for Steam Deck compatibility. “These games pass all compatibility checks and each one is a great experience on Steam Deck,” the information on the page says.

The Steam Deck handheld gaming device was unveiled in July last year, and it was supposed to ship in December 2021. However, Valve was also hit by the global chip shortage and had to postpone the shipments by two months.

Steam Deck features a 7-inch LCD display with a 1,280x800 pixels resolution, a 16:10 aspect ratio, a 60Hz refresh rate, and 400 nits of peak brightness. It runs on Arch Linux-based SteamOS 3.0 optimised for a handheld experience. The handheld gaming console is equipped with an AMD APU that includes a Zen 2 based CPU and a GPU with 8 RDNA 2 compute units (CUs).

Controls on Steam Deck includes a D-Pad, two analogue sticks, A B X Y buttons, bumpers, triggers, two trackpads, and four assignable buttons on the back. For connectivity, the Steam Deck has dual-band Wi-Fi, Bluetooth v5, a 3.5mm stereo headphone combo jack, and a USB Type-C port that can be used to output the display on a TV or monitor.