Set between Star Wars: Revenge of the Sith and A New Hope. 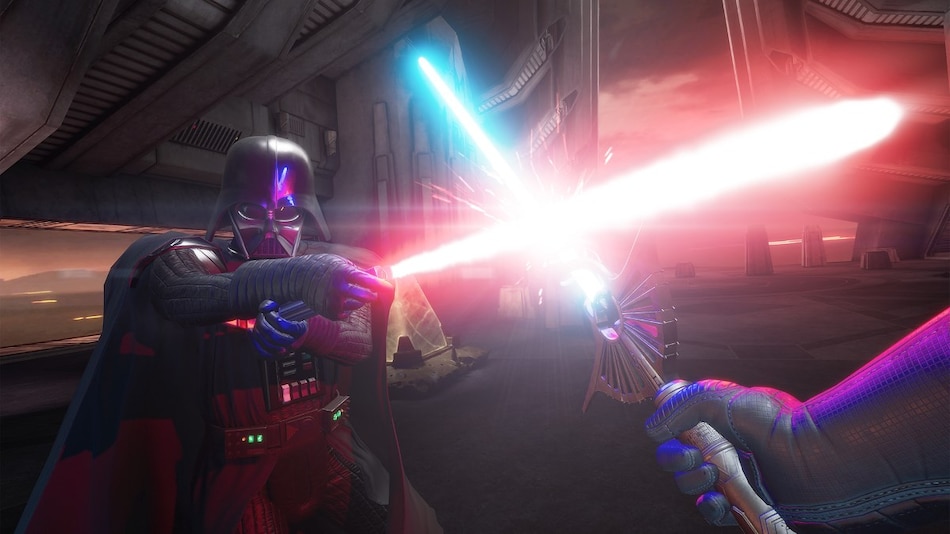 Vader Immortal: A Star Wars VR Series finally has a release date for PlayStation VR: August 25. All three episodes will be available on the same day, for a combined price of $30 (roughly Rs. 2,250). An exact price for India is not known, as Vader Immortal: A Star Wars VR Series has yet to go up for pre-orders on PlayStation Store. The developer ILMxLAB made the announcement during Sony's State of Play broadcast on Thursday, and released a new one-minute Vader Immortal trailer alongside.

Set between Star Wars: Episode III – Revenge of the Sith and Star Wars: Episode IV – A New Hope, Vader Immortal: A Star Wars VR Series takes place on the lava-filled planet of Mustafar that is home to Darth Vader's fortress. You play as a smuggler who's pulled out of hyperspace and tasked by Darth Vader to uncover an ancient mystery. That includes learning to master the Force and wield iconic lightsabers that you can practice in Darth Vader's training dojo.

It was originally released on the Oculus Quest and won Best VR/AR Game at the 2020 Game Developers' Choice Awards. ILMxLAB worked with Black Shamrock on the PS VR version.

It partnered with Google on The Force Awakens-related content for Google Cardboard, released Jedi training game Trials on Tatooine in 2016 on HTC Vive, and delivered Star Wars: Secrets of the Empire VR installations in select US and Canada locations. The next thing is Star Wars: Tales from the Galaxy's Edge, based on the theme park attraction.

“Vader Immortal holds a very special place in our hearts at ILMxLAB and we are very excited to be bringing this to PlayStation VR,” ILMxLAB producer Harvey Whitney said in a prepared statement. “This allows even more fans to experience the first Star Wars story designed exclusively for virtual reality.”

Vader Immortal: A Star Wars VR Series is out August 25 on PS VR.