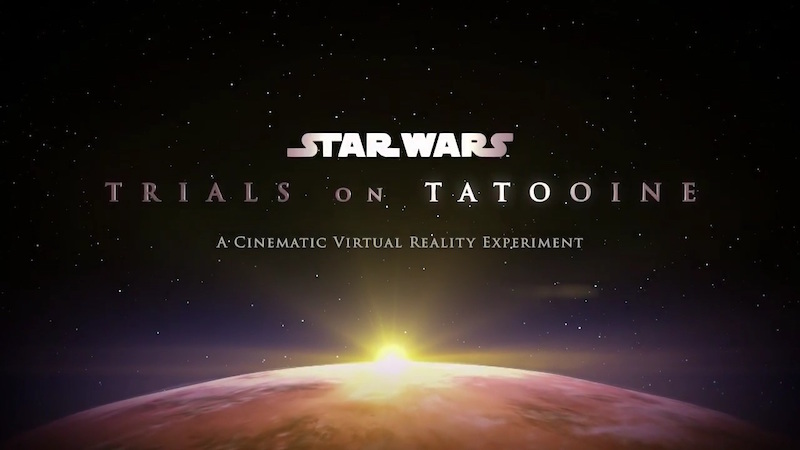 With virtual reality (VR) being a big deal for many a game developer, it's only a matter of time before compelling gaming content shows up to give you an excuse to invest in a VR headset.

But if you're a fan of Star Wars, Valve and HTC's Vive should be on the top of your list. Reason being, it will play host to Star Wars: Trials on Tatooine. It's labelled as "A Cinematic Virtual Reality Experiment" which seems like fancy talk for what appears to be a game that has you deflecting blaster shots with a lightsaber.

Hopefully, there's more to it. Information is scarce at the moment, what with the video only briefly listed on the Industrial Light and Magic Lab (ILMxLab) website. ILMxLab is developing Star Wars: Trials on Tatooine along with LucasArts.

However with over 70 games to be showcased in VR at the Game Developers Conference 2016, there's a chance this could be just what the trailer implies it is, a mere experiment that might not see a commercial release.

Nonetheless, we can't help but feel that a Star Wars game is exactly what VR needs to get mainstream audiences enthused about the technology's potential. Even more so considering analysts like SuperData have reduced their forecasts on the VR sector by 30 percent. It had earlier pegged 2016 VR sales at $5.1 billion but now believes $3.6 billion is more realistic.