Forest Whitaker returns to reprise his role of Saw Gerrera. 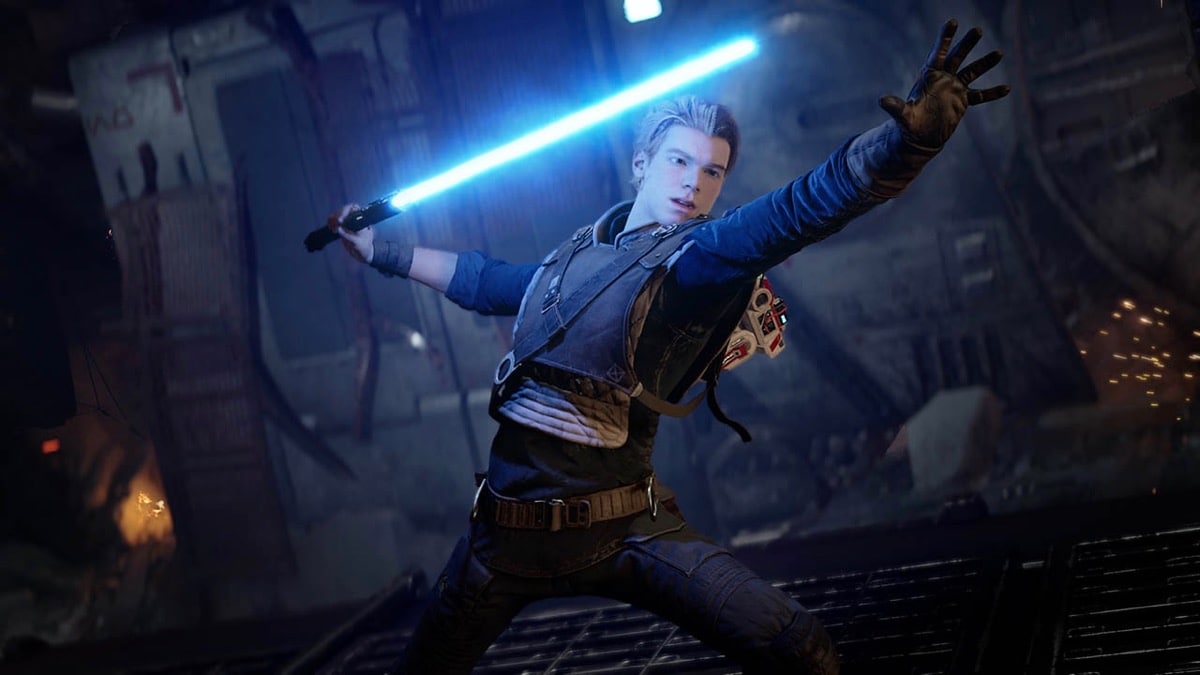 At its pre-E3 2019 event, EA released a 14-minute gameplay trailer for Star Wars Jedi: Fallen Order, showcasing new Force abilities that can be used by the protagonist Cal Kestis, alongside new and returning characters such as the droid BD-1 who is Cal's companion, and guerrilla rebel Saw Gerrera, with Forest Whitaker reprising the role from Rogue One and Star Wars Rebels. And naturally, Star Wars Jedi: Fallen Order will take you to new planets, with Cal on the run from the Galactic Empire. The Star Wars game has been developed by Respawn, the developer behind Titanfall and Apex Legends.

The new Star Wars Jedi: Fallen Order gameplay footage finds Cal Kestis on the planet Kashyyyk, the home world of the Wookiees. We then see him use multiple Force powers, including throwing his lightsaber at enemies and Force slow, which allows him to slow down a person or object. The latter is quite similar to Kylo Ren's mid-air blaster bolt freeze upon his introduction in Star Wars: Episode VI – The Force Awakens. And naturally, Respawn's love for wall running is present too.

Meanwhile, the new droid BD-1 is a short form of Respawn's nickname for the character, ‘Buddy Droid'. It will help Cal hack and open locked doors, in dark places with a flashlight, heal in battle, and scan new environments, in addition to serving as a health bar. Ben Burtt, the person behind the sound effects for R2-D2 and BB-8, has voiced BD-1 as well.

Saw Gerrera's presence in Fallen Order, after Rogue One, is a confirmation of the game's story being part of the Star Wars canon. It's set in the aftermath of Order 66 — which took place in Star Wars: Episode III – Revenge of the Sith — when most of the Jedi were killed, with the Jedi Cal trying to make a living by keeping his powers hidden. But after the truth is revealed in an accident, he has to choose a life on the run, as the Galactic Empire sends the Second Sister, an inquisitor trained by Darth Vader, after him.

Star Wars: Jedi Fallen Order releases November 15 on PC, PS4, and Xbox One. It's one of three Star Wars releases in late 2019, alongside The Mandalorian series which premieres November 12 on Disney+, and Star Wars: Episode IX – The Rise of Skywalker out December 20 in cinemas worldwide.

Akhil Arora Email Akhil
Akhil Arora covers entertainment for Gadgets 360, interviewing stars such as Christian Bale and Anurag Kashyap, covering series premieres, product and service launches across the globe, and looking at American blockbusters and Indian dramas from a global socio-political and feminist perspective. As a Rotten Tomatoes-certified film critic, Akhil has reviewed over 150 movies and TV shows in over half a decade at Gadgets 360. When he is not completely caught up with new film and TV releases, Akhil ...More
Xbox Game Pass Ultimate Announced by Microsoft With Access to Xbox Game Pass for PC, Xbox Live Gold