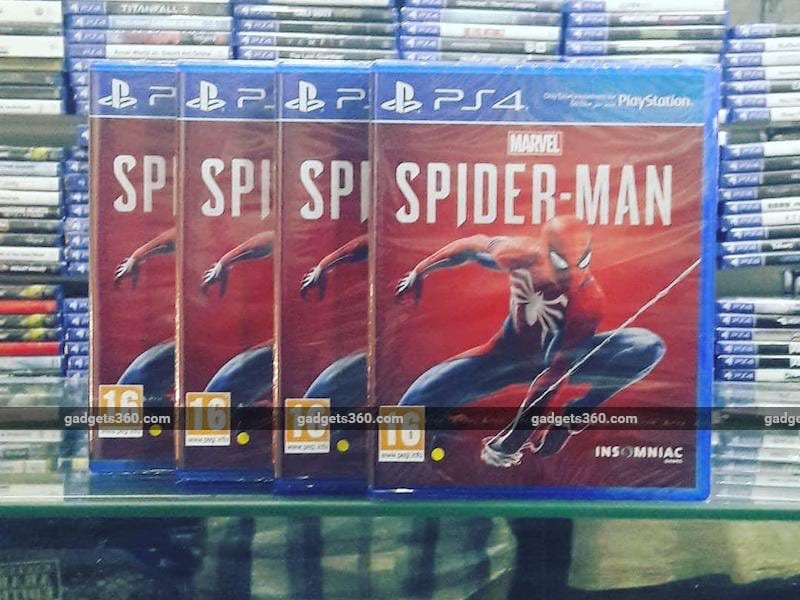 If you pre-ordered Spider-Man for the PS4 in India and haven't got your pre-order bonuses yet, you're not alone. Regardless of where you bought the game at launch in India — be it Amazon, Flipkart, Games The Shop, or your local store — none of the promised incentives were given, Gadgets 360 readers tell us.

Now for those of you who are unaware, Sony usually gives pre-order bonuses for those buying its games before release date. These are usually in the form of digital extras such as themes to customise your PS4's look or even in-game items like costumes.

When the release date of Spider-Man for PS4 was announced, several pre-order bonuses were also revealed on the PlayStation Europe blog. These included a collection of in-game items like Spider-Man suits, a gadget, and five skill points to use during your adventure. Plus, you'd also get a theme and a PSN avatar to customise your PlayStation profile. And they weren't limited to the Spider-Man PS4 Collector's and Special Editions either.

"That said – no matter where you buy it, or which edition you get, you have a chance to grab these pre-order items," reads the post from James Stevenson. He's the Community Lead for Insomniac Games - Spider-Man's developer.

Usually, if a pre-order bonus is listed for Europe, it makes it to India. This is because India is managed by the same business unit of Sony that looks after Europe. It's common practise among retailers here to list product for India based on what sites like Amazon UK have up for pre-order after Sony India confirms that it is indeed coming here.

Why is it so considering Sony has an India presence? It has to do with how the company informs game stores of its upcoming products, sources in the supply chain tell Gadgets 360.

Usually, Sony India emails retailers a list of games with no details. For Spider-Man, a day one edition of the game was mentioned with no further information. Odd considering that internationally there was no mention of this.

"We were told of a Spider-Man Day One Edition on email," an Amazon seller tells Gadgets 360 on the condition of anonymity. "With Sony, Day One Editions mean digital bonuses like with God of War. Since no information other than that was given, we went ahead and put up what other UK sites had."

A day prior to release day however, when stores received stock from Sony, they were just standard edition copies of the game with no codes for pre-order bonuses in the box or along with it.

"When we brought this up with Sony, they turned around and said Day One Edition meant the quantity of the game to be given to us on the first day of sale. No pre-order bonus,” says a Delhi-based game store owner who did not wish to be named.

For its part, Sony issued the following statement to Gadgets 360: "This is something you will have to take up with Amazon and Flipkart as we have never communicated any pre-order bonuses to any online or offline retailers in India."

And while Sony says it has no responsibility, it didn't do anything to prevent the wrong information from going up in the first place. The company has been actively policing India Spider-Man PS4 listings to prevent any pre-order discounts, retailers tell us, and it was aware of what was listed online.

Although listings don't have a hint of pre-order bonuses right now, the user reviews from verified purchasers tell a tale of what was.

"The game is excellent. But the only reason I pre-ordered it was for the bonus features which was not received. This is very disappointing,” says another.

"Disappointed, lost excitement of playing the game after finding no pre-order bonus code," reads a third.

Similar reviews made their way to Flipkart as well.

For the many PS4 owners in India the lack of communication between Sony and its retail partners will leave them second-guessing. It just drives the point home that pre-ordering most games in India is a broken experience.

With The Last of Us Part II, Days Gone, and Death Stranding on the way, it will be interesting to see if Sony India does anything to win back the trust of its audience which has seemingly grown impatient of its failings.