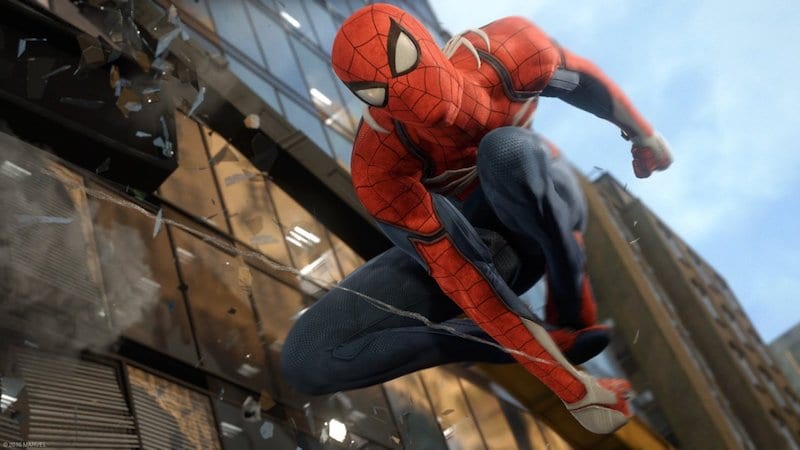 Upcoming PS4-exclusive Spider-Man will have a frame rate of 30fps on the base PS4 and PS4 Pro. Developer Insomniac Games confirmed this in an interview leading up to the reveal of the release date and special editions of the game. In conversation with Game Informer (via VG247) the game will be at a locked 30fps on both consoles. Furthermore, Spider-Man won't feature any micro-transactions with the game's creative director, Brian Intihar stating a vociferous "hell no" when asked. And if you were expecting characters exclusive to the game, this is far from the case. Instead, Insomniac has focussed on those already existing in the Marvel universe. Peter Parker's love interest Mary Jane will also be playable.

What's more is the game will have a photomode and akin to other titles like Yakuza 6, Spider-Man can take selfies with other characters in the game and interact with them. And this time around, Spider-Man won't die when falling into water, which used to be the case in past games. In terms of scale, its "several times larger" than Insomniac's previous open world effort, Sunset Overdrive and it will feature fast travel in the form of New York's subway system. Spider-Man will feature a host of unlockable outfits as well, each giving the player distinct abilities including a Noir Spider-Man suit and Spider-Punk.

Earlier it was revealed that Spider-Man would be skipping the Xbox One. Spider-Man PS4 developer Insomniac has confirmed that the game will not be making it to Microsoft’s console. It tweeted a simple “never” in reply to a fan query regarding the game making it to the Xbox One. It lines up with Sony boss Shawn Layden labelling Spider-Man as a “true exclusive” for the PS4 when it was shown off at E3 2017 during Sony’s event.

Previously, Insomniac released a trailer featuring exploration, combat, and behind-the-scenes details on what to expect. The studio says Spider-Man’s story will feature a confident Peter Parker who is an underdog in the fight against the game’s villains. Drawing from past Spider-Man games, the Arkham series of Batman titles, and Insomniac’s own Sunset Overdrive, Spider-Man is shaping up to be a solid action-adventure title. The game is out on September 7.