Spider-Man to die in new game 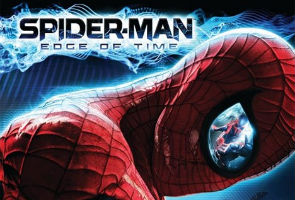 Expected to hit store shelves in Q3 2011, Spider-Man: Edge of Time begins with the masked crusader's death. But there's no need to worry just yet. Players can save Spidey with a little bit of time travel and some help from a futuristic version of the superhero.

Players will be able to control both versions of the superhero and help Spidey from the future - Spider Man 2099, to be exact - save the present day Spidey.

Spoiler Alert - Activision has confirmed Anti-Venom is the foe that kills Spider-Man at the beginning of the game and it is up to the player to prevent this from ever happening. So feast your eyes on the death of Spider-Man in the video below.