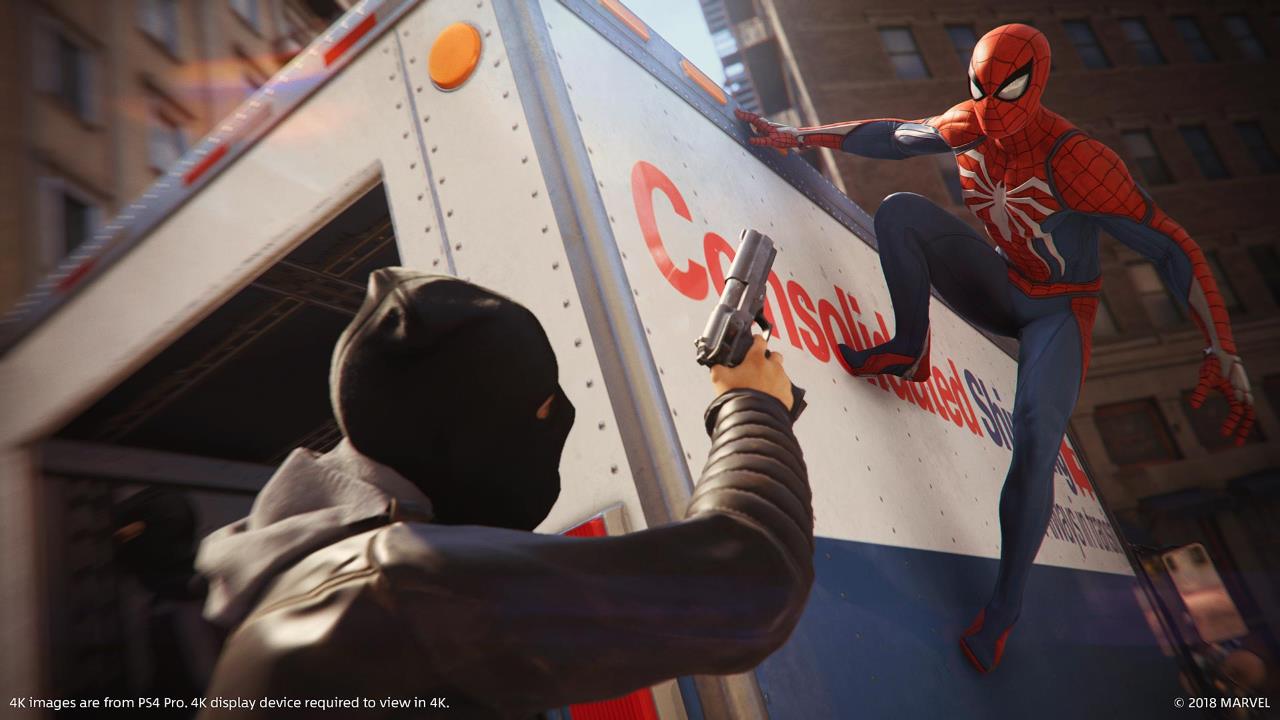 Marvel’s Spider-Man developer Insomniac Games has announced the release schedule of downloadable content (DLC) for its upcoming PS4-exclusive title, with three new story chapters set to be made available in the months after launch.

The first chapter ‘The Heist’ will introduce Black Cat aka Felicia Hardy in the flesh. The character will drop several clues in the base game but will only reveal herself in the DLC story expansion. In addition, Spider-Man: The Heist will also feature new missions, challenges, new enemy faction, and three new suits for the web-slinger.

‘The City That Never Sleeps’ is available both standalone and as part of a special edition pre-order in other PlayStation Store regions, but only as the latter in India at the time of writing. While the base game costs Rs. 3,999, the Digital Deluxe Edition which includes the DLC is priced at Rs. 4,999. It’s unclear how those planning to pick up Spider-Man at retail can get access to DLC as of now, though we expect it to be live soon.

Marvel’s Spider-Man is out September 7 on PS4.