Swing through a crystal clear and smooth as butter New York City. 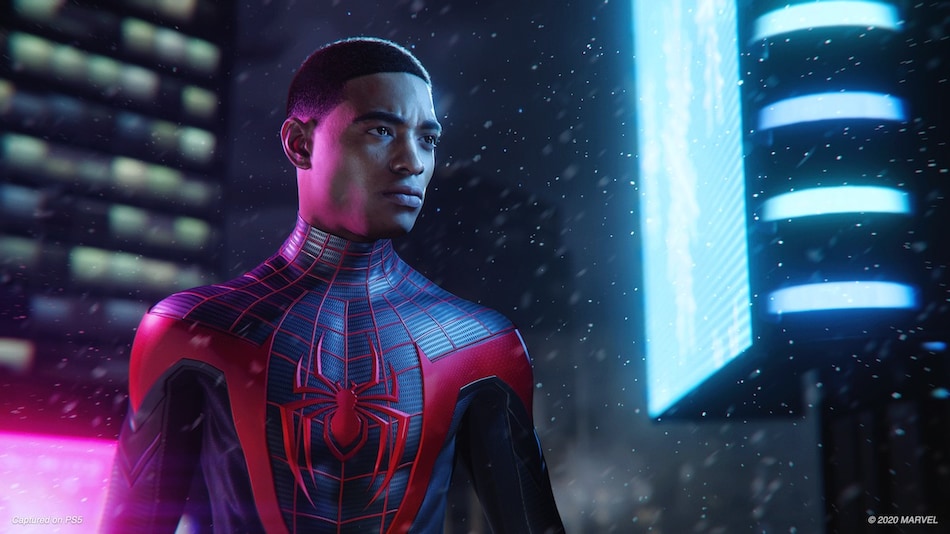 Spider-Man: Miles Morales on the PlayStation 5 will run at 4K resolution and 60 frames per second (fps) in an optional “Performance Mode”, developer Insomniac Games has announced. It's unclear what compromises will be made in terms of graphics to achieve that, though multiple reports claim that real-time ray tracing — one of the much-touted features on next-gen consoles, including the PS5 — will most likely not be available with the Spider-Man: Miles Morales PS5 Performance Mode.

Swing through the city like never before on PS5 with an optional 4K / 60fps Performance Mode. #MilesMoralesPS5 #SpiderManPS5 pic.twitter.com/FhPEPLjnKL

More importantly, this tiny reveal from Insomniac Games — a studio owned by Sony Interactive Entertainment — possibly hints at the limitations of the PS5. With 4K at 60fps being labelled as Performance Mode, this is quite likely the high-point of performance on the PS5. Meanwhile, Microsoft has promised to deliver 8K resolution or 120 frames per second with the Xbox Series X, with some reports saying it can achieve 4K at 120fps.

Dirt 5 is one of the only titles that have revealed 120fps support on the Xbox Series X as yet, though Microsoft has said that its next-gen console can bring support for 120fps and high-dynamic-range (HDR) video to older games as well.

This would mark a shift from the capabilities of the leading current-gen consoles in the PS4 Pro and the Xbox One X, respectively. Both offer developers the choice to run games at 60fps in resolutions up to 4K, or 60fps at lower resolutions. Of course, we don't yet have the price for PS5 or Xbox Series X, so this may not be an apples to apples comparison going forward. And on top of that, Spider-Man: Miles Morales is a PS5 exclusive, unlike say a Dirt 5.

Spider-Man: Miles Morales is a launch title for the PS5.