Soon You Can Play PS4 Games on Your PC 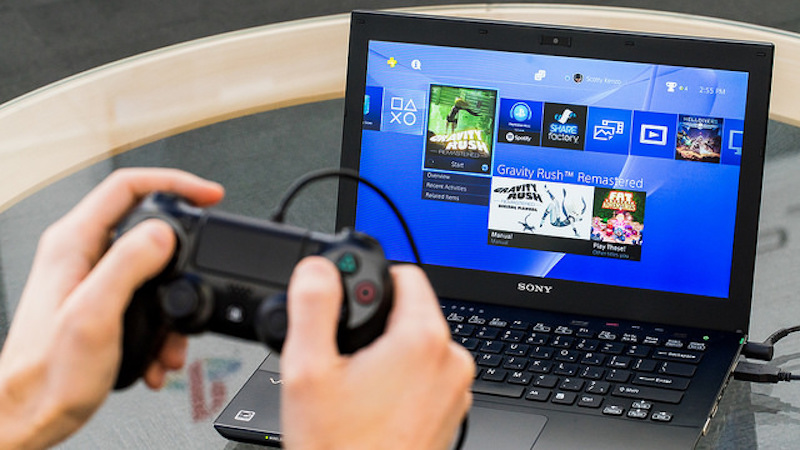 The next major system software update for the PS4, known as version 3.50, codenamed Musashi is out tomorrow. It has been available to those on Sony's preview program but will finally be available to the general public.

Headlining the list of new things you can do with your PS4 is the ability to let you play PS4 games on your PC using the PS4 Remote Play feature. This will work with both Windows PC and Mac. In order to do so you'll need a PC with Windows 8.1 or later, or OS X 10.10 or later. You can choose between 30 or 60 frames per second and resolution options including 360p, 540p, and 720p.

Aside from a PS4, you'll also need a DualShock 4 controller connected to your PC using a USB cable and the Remote Play software installed as well.

"You can use one DualShock 4 as the controller for Remote Play, which needs to be connected to your PC / Mac via a USB cable.After the system software update launches, you'll be able to download the Remote Play Installer here," wrote John Koller on Vice President, PlayStation Brand Marketing, Sony Computer Entertainment of America on the PlayStation blog.

Other features of this latest system software update include letting you finally appear offline, choose to be notified when a friend comes online, and schedule gameplay sessions with friends. This is Sony's first major update to the PS4 this year. Last year saw the version 2.50 update bring automatic installation and data backups, while version 3.0 brought improved community creation and improved video options.