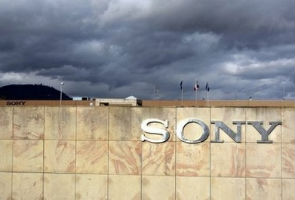 Highlights
The nightmare is almost over for Sony. While exact dates have not been released, the PlayStation Network gaming service will resume soon, after it was hacked and important information lost. The company said, in a blog post, "Today our global network and security teams at Sony Network Entertainment and Sony Computer Entertainment began the final stages of internal testing of the new system, an important step towards restoring PlayStation Network and Qriocity services."

In a separate post, Sony Chief Howard Stringer said, "In the coming days, we will restore service to the networks and welcome you back to the fun." Sony took the services offline on April 20th 2011 when they learned that their security had been breached.

Sony has admitted that they were aware of the loopholes in PSN security but failed to take action and have begun to rebuild the security after the breach.

On the case of credit card data, Howard Stringer said, "To date, there is no confirmed evidence any credit card or personal information has been misused, and we continue to monitor the situation closely. We are also moving ahead with plans to help protect our customers from identity theft around the world. A program for U.S. PlayStation Network and Qriocity customers that includes a $1 million identity theft insurance policy per user was launched earlier today and announcements for other regions will be coming soon."

A welcome back package will also be given to PSN users once the service resumes. The blog post continues to say, "As we have announced, we will be offering a "Welcome Back" package to our customers once our PlayStation Network and Qriocity services are up and running. This will include, among other benefits, a month of free PlayStation Plus membership for all PSN customers, as well as an extension of subscriptions for PlayStation Plus and Music Unlimited customers to make up for time lost."

Sony discovered that between April 17 and April 19, 2011, certain PlayStation Network and Qriocity service user account information was compromised, resulting in massive loss of data including credit card details of customers. Sony may still have to deal with various  lawsuits related to the security breach.
Comments