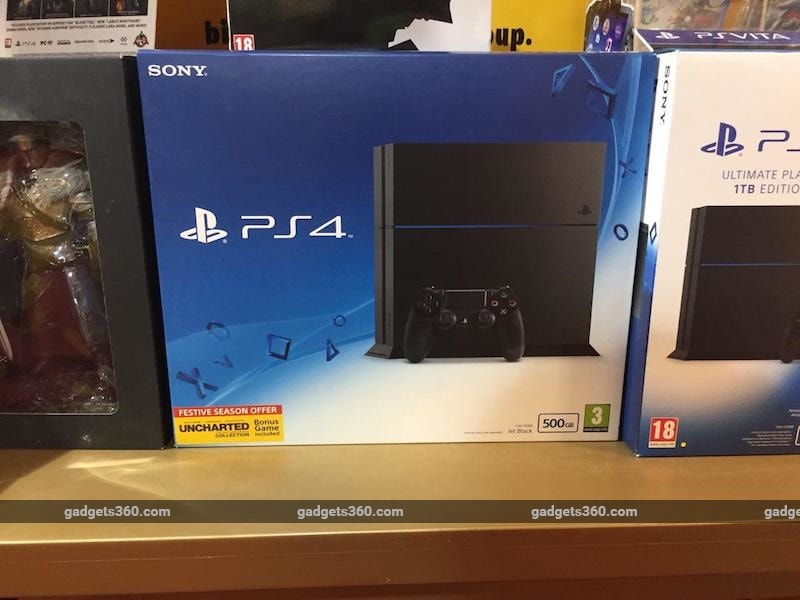 While the PS4 saw a price drop in India along with some new bundles, it seems that Sony India has decided to sweeten the deal ever so slightly if you buy the PS4 offline.

Gadgets 360 discovered that the PS4 500GB console is available for Rs. 27,990 along with a copy of Uncharted: The Nathan Drake Collection. The aforementioned compendium of the adventures that’s Sony’s answer to Lara Croft contains his first three games on a single disc, revised to take advantage of the PS4’s hardware. On its own, it sports a price of Rs. 2,499 - a drop from its release price of Rs. 3,999.

The catch is, you’ll have to buy the new PS4 bundle offline at stores such as Landmark, Sony Centres, and Games The Shop as well as independent retail stores across the country. And though Sony India has not told stores that it is an offline exclusive, it appears that way at the moment.

As per the time of writing this none of the usual e-commerce websites such as Amazon, Flipkart, or Snapdeal have this specific bundle. Perhaps it’s a means for Sony India to appease its offline partners given that online PS4 console sales are prone to rampant price drops?

Regardless of the intention, it’s heartening to see that at least one console maker is making as many variants possible available to consumers. Hopefully Sony extends this courtesy by announcing a release date for the PS4 Slim, PS4 Pro, and PS VR soon.