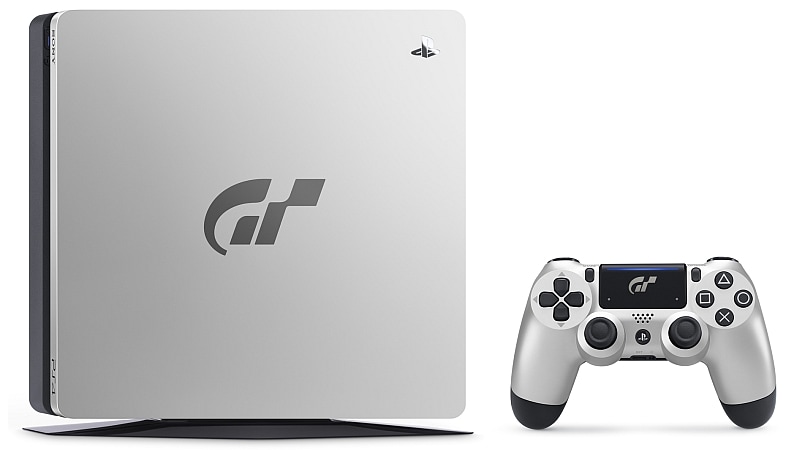 The Limited Edition Gran Turismo Sport PS4 console bundle features a 1TB console with a silver faceplate and the GT logo, apart from a customised silver DualShock 4 wireless controller that also features the logo on the touchpad. The limited edition console is bundled with the Day 1 edition of the game, which has $250,000 in-game credits, livery sticker packs, a chrome racing helmet, and 60 PS4 avatars.