Sony PS3 boss: 'No turning back' despite hacks 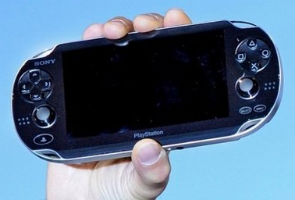 Highlights
The head of the Sony Corp. unit that makes the PlayStation 3 game console says there's no going back on a push to offer always-connected play despite a series of hacking attacks that downed its network and will cost the Japanese company around $173 million in special costs.

His comments, in an interview late Monday, came after he introduced Sony's latest handheld gaming device, the PlayStation Vita, which can use cellphone and Wi-Fi coverage and allows players to compete directly with PlayStation 3 users at home. Sony also plans to bring PlayStation games to smartphones that run on Google Inc.'s Android operating system.

"There's no turning back on the use of networks in the interactive experience that we want to bring to our customers," he said. "Just like you can't imagine having a PC that's not connected, I really can't imagine a console that is not able to connect to the networks and do online game play."

Sony has estimated that a series of hacks will cost it 14 billion yen ($173 million), racked up to pay for increased customer support, freebie packages to welcome back customers, legal costs, lower sales and measures to beef up security.

The biggest breach occurred in mid-April, when hackers compromised the security of 100 million credit card-backed accounts on the PlayStation Network. Sony shut down the network while it rebuilt the infrastructure, and began restoring service last month. On Monday it said network activity was back to 90 percent of pre-attack levels.

Last week, a group called LulzSec broke into Sony Pictures' website, stole about a million customer logins and passwords in what it said was an elementary attack designed to highlight Sony's "disgraceful" security.

Hirai said the series of attacks were a "wake-up call" but pointed out that other companies, from rival Nintendo Co. to an FBI partner organization, have also been targeted.

"This is not just a Sony issue, but it's an issue for all companies that work in online activities, which in this day and age, is really most companies," he said. "So I think it's a wake-up call, certainly for Sony, but I think a wake-up call for everyone."
Comments