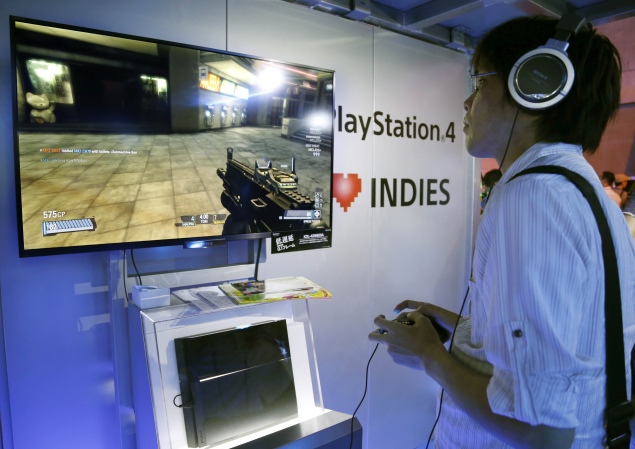 Sony has crossed the 4 million sales mark for its latest gaming console, the Sony PlayStation 4, the firm announced on Tuesday at the CES 2014 event in Las Vegas.

The exact sales figure of Sony PlayStation 4 gaming console is 4.2 million as on December 28, 2013. Interestingly, sales were exactly half, 2.1 million, at the end of the first two weeks from its November 15 launch.

The 4.2 million sales figure is surpasses Microsoft's announced Xbox One sales of 3 million units by the end of December last year, of which 2 million were sold by the end of two weeks from its November 22 launch.

Contributing factors to the sales disparity, apart from brand preference and each ecosystem's attractiveness, include price and availability. The Microsoft Xbox One console is priced at $500, while the Sony PlayStation 4 is priced a $100 less, at $400. The availability of Sony PlayStation 4 is also wider than its rival, as the PS4 is currently available in 53 countries and territories, while Xbox One is currently available in 13 countries only.

Sony at CES 2014 also announced its game streaming service, PlayStation Now, which will enter public testing phase next month in US and will be launched in mid-2014. The service would let the gamers access and play various titles via the cloud on a number of devices including the PS3, PS4, smartphones, tablets and others which will expand over time.

Sony will also begin testing its new television service that combines traditional viewing with on-demand content through its PlayStation gaming system, a cloud-based service could possibly change long-established cable and media industry relationships. The service is yet to be given an official name and will offer an intuitive design for searching for content - addressing a common complaint of cable customers.