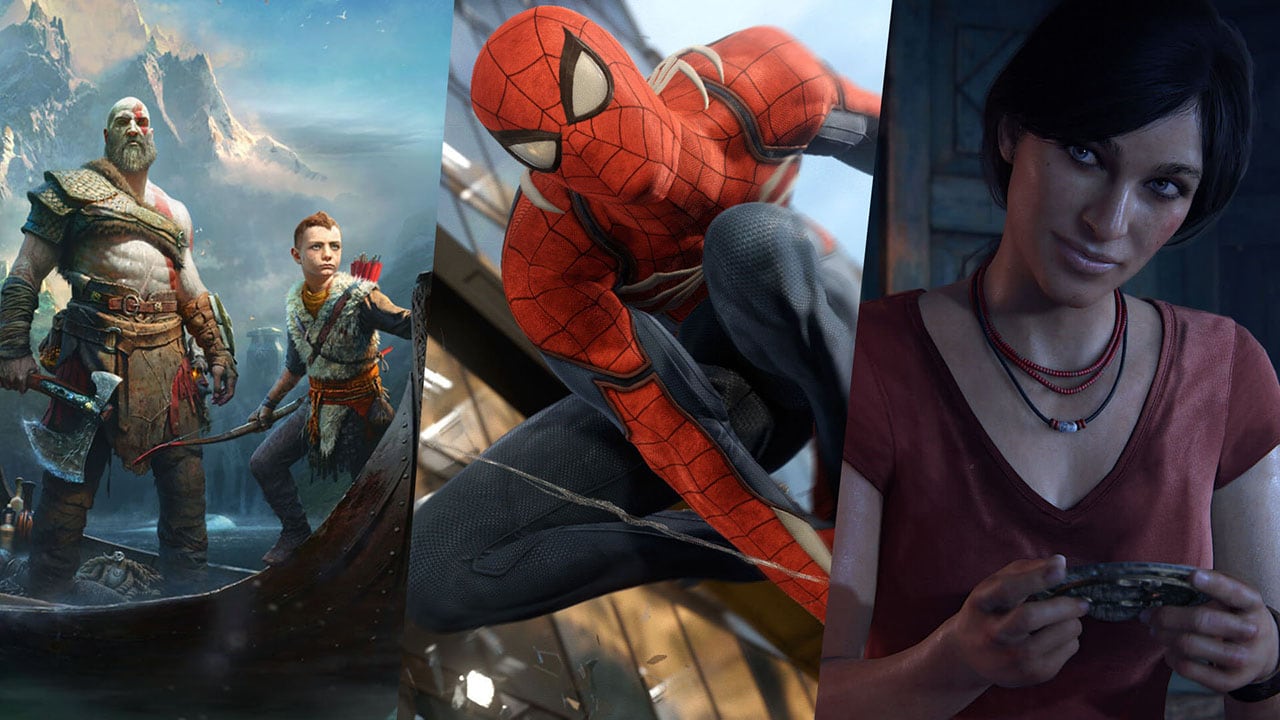 Unlike Microsoft, Sony didn’t have a new console to show off at its E3 2017 event on Tuesday – that’s because the PS4 Pro has been out since November – but it did provide a good look at some of its most anticipated exclusive games, and other popular third-party titles. Here’s the biggest stuff from the PlayStation presser.

The new God of War is a father-son story
One of the most highly-awaited titles, the next God of War – simply titled eponymously – is a bit of a soft reboot and shifts to the Norse mythology. That doesn’t mean your favourite Greek myth hero, Kratos, is going anywhere though. This time, his son Atreus is with him for the ride as Kratos takes on an assortment of monster creatures. In between, you’ll have cut scenes featuring Atreus’ mother.

While you’ll play as Kratos throughout the game, you’ll be able to passively control Atreus with a dedicated button. The trailer focused on the father-son relationship, with Kratos teaching him how to survive and become a warrior. God of War will be a PS4-exclusive title, coming early 2018. It’ll be a single-player-only title, and is inspired by RPGs.

Spider-Man will be part stealth, and part bonkers
We know a new PS4-exclusive Spider-Man game has been on its way, and we got the first extended look at some gameplay during the PlayStation E3 2017 event. The game will allow you to play stealthily at times, and very hands-on as the need arises. Wilson Fisk, who some of you might know from Netflix’s Daredevil, seems to be a minor villain in the game.

The trailer showed us that Insomniac Games have spent time in understanding the insane capabilities of Spidey’s agility and web strength, which allows for some crazy and unique stunts, as witnessed from the helicopter balancing act in the trailer. There was even a sneak mention of Miles Morales towards the end of the event, which is a good progressive step identity-wise that Marvel’s film efforts should take notes from.

Spider-Man doesn’t have a defined release date, just 2018 at this point.

Based on characters present in Uncharted 4 – Chloe Frazer and Nadine Ross – players will search for the tusk of Ganesh in the new game. Hopefully, the game will give a nuanced portrayal of its setting, and stay away from any stereotypes. We’ll find out when it arrives August 22.

Destiny 2 moved up to September 6
Although Bungie held an extensive reveal in May, Destiny 2 was still present at the PlayStation E3 2017 event. We didn’t get a lot in the way of gameplay, but instead a bigger focus on what will be the game’s primary antagonist at launch: Dominus Ghaul, the leader of the Red Legion. Of course, the bigger reason for Sony was to show off its continued exclusivity deal with Bungie, which will give the PS4 access to exclusive weapons, gear, strikes, and a map.

And if you’re dying to play it, you’ll be happy to know Destiny 2 arrives two days earlier on September 6 for consoles. It’ll make it to PCs October 24.

Call of Duty: WWII feels grittier than ever
While the franchise’s return to its roots – World War II, to be precise – may feel like a retrace of its steps, it has allowed the developers to explore the setting in a way that wasn’t frankly possible earlier. For one, the studio didn’t have the resources it has now, and graphics performance has come a long way in all those years.

With the new Call of Duty, it feels like we’re going to get a much gritter, and gory portrayal of the Second World War. In other words, much like it was for the people involved. Of course, this being Call of Duty, it also means the action will be dialled all the way to 11. There’s close quarter warfare, fighting in the trenches, and taking out bombers with anti-air weaponry.

Plus, it’ll take you through the most well-known spots during 1941-45: France, Germany, Belgium, and the Soviet Union. Call of Duty arrives November 3 for PS4, Xbox One, and PC.

PlayStation VR is getting Skyrim and FFXV fishing off-shoot
If you thought PS VR would be left out of the discussion, you’d happy to know that wasn’t the case. The biggest one was Elder Scrolls V: Skyrim by far, which didn’t get a release date, but the trailer did give a glimpse of what you can expect. Between VR and the Nintendo Switch, it seems Bethesda will ensure the acclaimed title can reap all its rewards before thinking of a new chapter in the long-running series.

There was a trailer for the VR spin-off to Final Fantasy XV, as well. It’s called Monster of the Deep, and it basically includes Noctis fishing, which is how he likes to spend time between the monster battles.

In between, we got trailers for a sci-fi side-scroller called Star Child, a story set in an asylum called The Inpatient, Moss featuring a bunny on two legs with an artificial limb, and a FPS called Bravo Team.

Marvel vs Capcom saga continues with Infinite
The biggest change with Marvel vs Capcom: Infinite is two-on-two fights, instead of the usual three-on-three format. The trailer shown at E3 2017 wasn’t bothered with that at all though, instead focusing on the Marvel character list players would see: Captain America, Gamora and Rocket from Guardians of the Galaxy, Black Panther, Hulk, Thanos, and even Ultron. It’s coming September 19 for PS4, Xbox One, and PC.

Capcom also showed off a new Monster Hunter title at the event, which will bring the franchise out of Japan. It features dinosaurs, a giant sword, and a lot of running. Monster Hunter: World will release early 2018.

Days Gone involves hordes of zombies and infected giant bears
A gameplay trailer for Days Gone showed the protagonist’s skills and stealth gameplay, which can be turned into full-on action with an explosive that attracts zombies – known as “Freakers” that were created by a global pandemic – and takes out your enemies for you. The infection has also spread to giant, mutated bears, given what we witness in the trailer.

Days Gone still doesn’t have a release date, though.

A war is brewing between androids and humans in Detroit: Become Human
Announced almost two years ago, Sony’s first-party PS4-exclusive action-adventure title showed up at the PlayStation E3 2017 event without a release date, again. The focus was entirely on Marcus, an android disillusioned from his master-slave relationship with humans, who takes it upon himself to free others of his kind and take on the oppressors.

It’s set in futuristic Detroit City, and there are clear vibes of Watch Dogs – some hacking elements, and the aesthetic – as well as Deus Ex, which presents a similar conflict between humans and half-androids, so to say.