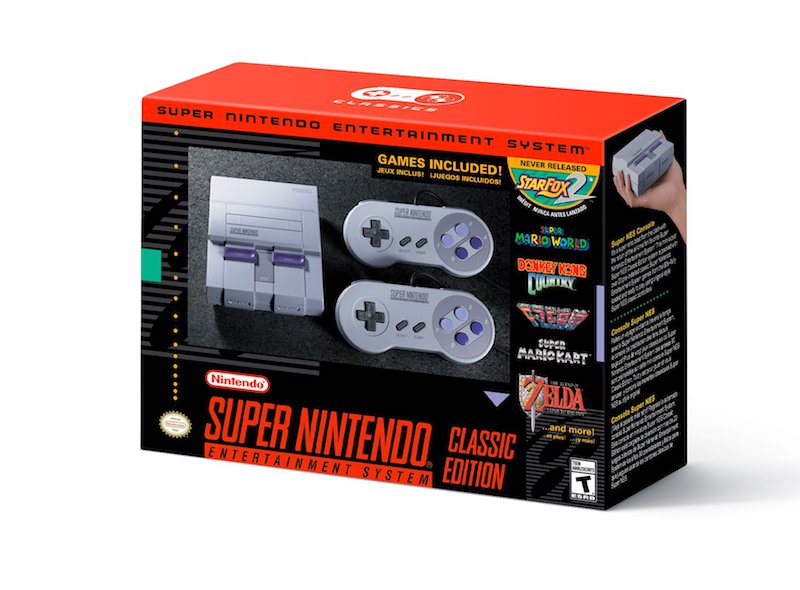 Nintendo has announced that the SNES Classic Mini console will be available for pre-order later this August. The news comes via the company’s Facebook page.

“We appreciate the incredible anticipation that exists for the Super Nintendo Entertainment System: Super NES Classic Edition system, and can confirm that it will be made available for pre-order by various retailers late this month,” the company said in a post.

Furthermore, it claims to have increased the number of units that will be made present at stores in order to avoid a scenario akin to the NES Classic, that was hard to find at launch and even tougher to find soon after.

“A significant amount of additional systems will be shipped to stores for launch day, and throughout the balance of the calendar year,” the post reads.

Earlier, Nintendo confirmed that the SNES Classic will be available for this year only. The complete quote is as follows:

Our long-term efforts are focused on delivering great games for the Nintendo Switch system and continuing to build momentum for that platform, as well as serving the more than 63 million owners of Nintendo 3DS family systems. We are offering Super Nintendo Entertainment System: Super NES Classic Edition in special recognition of the fans who show tremendous interest our classic content."

Do you see yourself picking up the SNES Classic or do you see this as a nostalgic cash-in? Let us know in the comments.