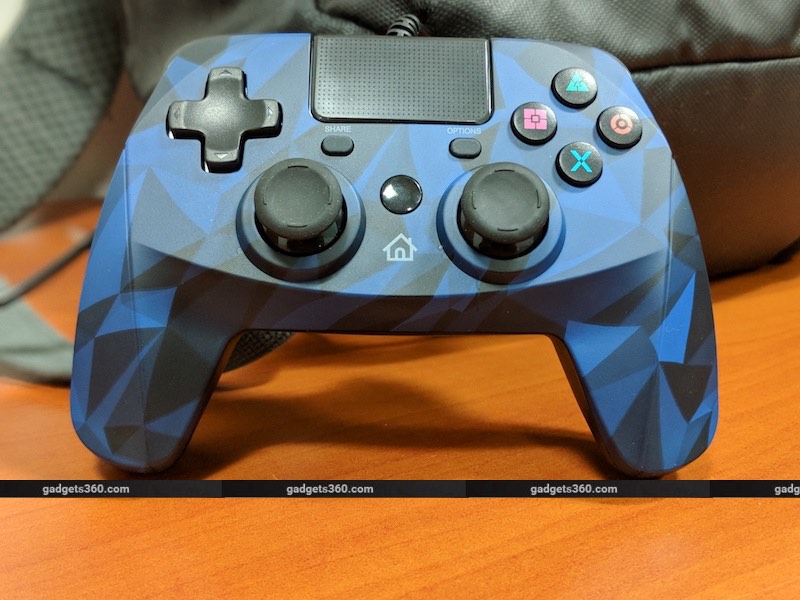 Peripherals company Snakebyte has launched the Snakebyte Game:Pad 4 S for PlayStation 4. At a price of Rs. 2,990 (MRP) it’s the cheapest PS4 controller available. More so when you consider its Rs. 2,490 price tag on Amazon India right now.

In comparison, Sony’s official PS4 controller, the DualShock 4 is priced at Rs. 4,990 (MRP) though available at around Rs. 3,500 to Rs. 3,800 offline. And while there’s a wider variety of colours and options to choose from, it’s not exactly as affordable compared to Snakebyte’s offering.

Keep in mind that with a low price comes some trade-offs. The most important of which is the lack of wireless functionality. So if you’re the sort who prefers the freedom granted by wireless controllers, you won’t find that with the Snakebyte Game:Pad 4 S. It’s a wired controller that has a three metre (9.8 feet) cable, which should be enough for most. There are three colours to choose from - black, white, and camouflage blue though the 3.5mm headphone jack seems to be absent.

Snakebyte claims the Game:Pad 4 S ships with all the things you’d expect from a PS4 controller. There are dual vibration motors to enhance haptic feedback, analog joysticks and triggers for precise controls, clickable touchpads, and of course the Share button to let you upload your favourite gaming moments. How this stacks up to the DualShock 4 in terms of build quality will be interesting, more so when you consider that the PS4’s popularity in India ensures demand for cheaper PS4 controllers.

Would you use the Snakebyte Game:Pad 4 S instead of a standard DualShock 4? Let us know in the comments.