"Game development is hard. Every time you fix one thing, you might be breaking another," developer Nate Purkeypile said. 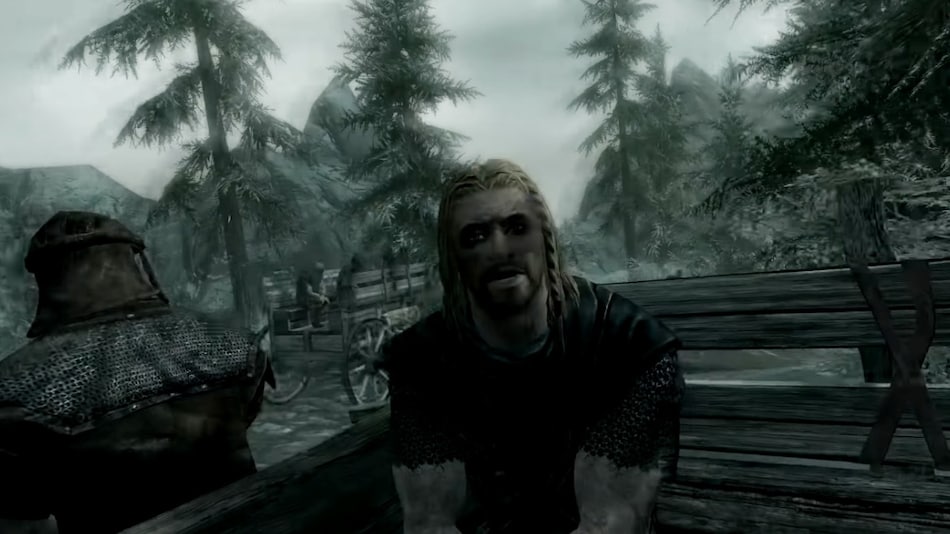 A screenshot of the Skyrim intro, as shared by user Rhys Mills on YouTube

Even if you haven't played The Elder Scrolls V: Skyrim, you would have probably still seen the iconic “You're finally awake” cart-ride intro in some meme or the other. Though the scene is remembered fondly, a former developer at Bethesda Game Studios has now detailed how the scene troubled the team during its making. In a Twitter thread, Nate Purkeypile said the team would struggle for a long time to find the issue that caused the cart to suddenly lose control. Purkeypile had to watch the video hundreds of times to find it.

He said the issue was that it's not just a cart on rails. That cart was real in terms of Skyrim's engine. “Well one time, riding that cart yet again, the cart starts to shake violently and all of a sudden WHOOSH! The cart goes up into the sky like a rocket ship. Like WAY up there,” he said.

So, I have a story about the Skyrim Intro and how hard game development is.

That intro is famous now, but back then, it was just that one thing that we had to keep working and working on forever. I lost track of how many times I've seen that cart ride. Easily hundreds. (thread) pic.twitter.com/D0E0oZ5uX8

Maybe the road was too bumpy. Maybe there was just a physics bug. Maybe somebody accidentally put a rock too close to the road. The cart had a path it wanted to follow, but that doesn't mean it was a path it COULD follow. Big difference. :)

For a long time, nobody knew why this was happening. Finally, they figured out that there was a bug — a virtual bee — in the game and not in the software that was making the life of developers difficult.

So it turns out there was another bug where the bee in the game couldn't be picked up. So then some potions couldn't be made. That bug got fixed. Only the type of collision put on the bee didn't just let it get picked up. It also made it collide into things.

The issue with this digital bee was that it was an “immovable force of nature.” So, if the cart and the bee crossed paths, it would cause the cart to get flung off the road.

Meaning, that bee was an immovable force of nature if it ever happened to cross the path of the cart. The cart wanted to move down the road. The bee did not want to move. So up the cart goes!

“So game development is hard. Every time you fix one thing, you might be breaking another. This is especially true about open world games,” said Purkeypile, who is now working on a solo indie game.

So game development is hard. Every time you fix one thing, you might be breaking another. This is especially true about open world games. Yet, that interplay of all the systems is what ends up making them all super interesting.

A lot of users shared their thoughts on the bee problem. One user (@diet_ice) wanted to know if there were any “Fallout stories,” referring to another iconic Bethesda game series, Fallout.

Thanks for this! Would never have known! You should definitely tell more stories of the making of the games! Any fallout stories?

Another user (@SteveAnything) said Purkeypile's story was a perfect explanation why developers started putting the bugs in jars, suggesting that actual bugs always distract them from the real work.

now that is a perfect explanation for why the developers started putting the bugs in jars.

A third user (@chavakno_) paid an ode to the “powerful bee.”

This just sounds hilarious ????
I bet it was frustrating but still, such a powerful bee ????

This answers the question: what happens when an unstoppable force meets an immovable object? Answer: the force goes UP.

...How did you fix the bee thing. No, seriously...I'm interested.

So what you are saying in this case is that the bug that was causing this was an actual bug? Amazing lol

Purkeypile, however, did not reveal how the (bee) bug was fixed.