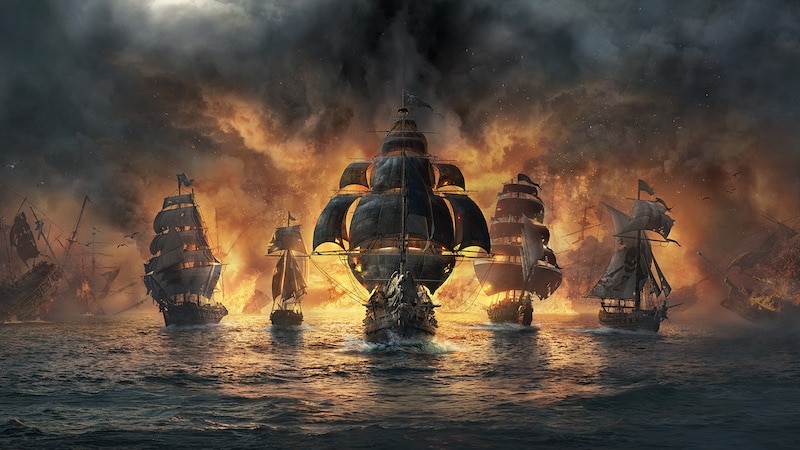 Skull and Bones takes place in a shared systemic world where you play as a pirate. You can either collaborate with friends or even execute ruthless betrayals as you play the game. This game is set in the waters of the Indian Ocean, where even the most battle-hardened pirate survived only an average of 120 days in the golden age of piracy, Ubisoft said at the reveal for this game during its E3 2017 event.

Skull and Bones has a 5 v 5 pirate battle where victory goes to the player with the most loot. To reap the most reward it’s best to split up with some pirates going inland while others looting at sea. There are various ships in this game, each with different properties. Some ships are like battering rams, designed to take on other ships head on, while others have devastating mortars to take down other ships long range.

Ultimately the goal of the battle mode is to claim the most loot for your team. So attacking others until everyone is dead may not be the best strategy. While battling, you can use your frigate as a shield to protect your fast attacking ships. Attacking enemy ships in Skull and Bones requires team coordination. Once you weaken a ship, you can board it and claim loot. This game has a third-person view and the hunt ends when pirate hunters appear on the horizon. They target pirates with the most loot.

Pirate hunter ships are too strong so pirates must escape and evading pirate hunter ships concludes a mission. Right now you can sign up to get a chance to play Skull and Bones, and Ubisoft didn’t reveal a release date for this game.