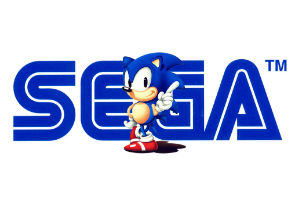 Highlights
Hackers have stolen the personal data of some 1.29 million customers of the Japanese game maker Sega, the company said on Sunday, in a theft via a website of its European unit.

But names, dates of birth, email addresses and encrypted passwords were stolen by intruders to the site, Sega said in a Japanese-language statement, adding the theft had been confirmed on Friday.

"We sincerely apologise for troubles this incident has caused to our customers," it said.
The service, which has been suspended, was mainly to announce new product information to registered customers, Sega said.

"An investigation has been launched to find the cause and channels used for the leakage," it said.

No other websites managed by Sega have come under attack, it said.

Sega pledged to strengthen its network security and to release information about the case as it becomes available.

The incident follows a series of hacker attacks on Japanese electronics and entertainment giant Sony in April which forced it suspend online services for weeks.

Sony suffered one of the biggest data breaches since the advent of the Internet, with personal data from 100 million accounts compromised.

The attacks forced the company to halt its Qriocity online music and video distribution services and PlayStation Network online gaming for more than a month.

Sony also suffered attacks on websites including in Greece, Thailand and Indonesia, and on the Canadian site of mobile phone company Sony Ericsson.

This month, a group of hackers known as Lulz Security claimed to have attacked the Sony Computer Entertainment Developer Network and stolen technical information, after stealing customer data from SonyPictures.com.

Websites of major media, game makers, banks and the US government have been constant targets of international hackers.

Nintendo, Citigroup, the CIA and the Malaysian government have recently come under hacker attacks.

Sega, known for "Sonic the Hedgehog", produces games for a range of consoles, including the PlayStation 3, Nintendo DS, Microsoft's Xbox 360 and Nintendo's motion-control Wii.

It became a household name with popular arcade games such as "UFO Catchers" and in 1998 won a fan base with its Dreamcast machine. But it stopped producing the Dreamcast in
2001 under fierce competition from Sony and Nintendo.

The company has since focused on arcade machines and software. It saw a new lease on life after merging in 2004 with Sammy Corp., Japan's top maker of pinball slot machines.
Comments