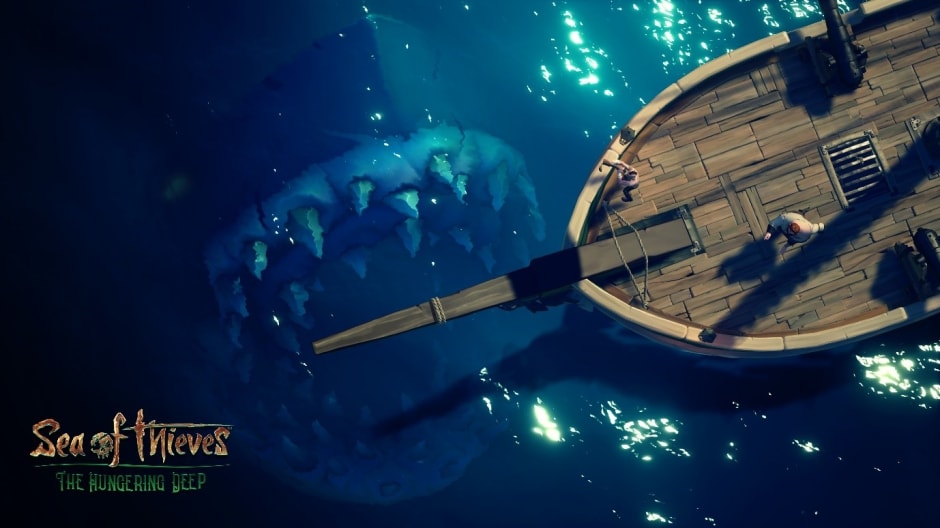 Sea of Thieves download size for Xbox One X, and Windows 10 PC to be nearly halved

The Sea of Thieves download size for Xbox One, Xbox One X, and Windows 10 PC will go down drastically. However, you'll need to download the entire game again. In a live stream, Sea of Thieves developer Rare announced that the game's file size will be reduced thanks to a change to its game's file structure. This update to Sea of Thieves will go live on February 6. This follows comments from Rare that 2019 would see more story-based content to be added to the game, and we won't be surprised if this change in file structure is linked to this.

Sea of Thieves download size Xbox One, Xbox One X, and Windows 10 PC

In conversation with Game Reactor, Sea of Thieves Executive Producer Joe Neate let on that the game will get a proper story and quest system designed to fulfil the needs of what he describes as "underserving players".

"I think it's fair to say Sea of Thieves at launch appealed to a certain range of players that love that free-form, creativity, having their own adventures in this shared world, and almost our quest system gives you a little nudge but that's not the only thing that you chase," he said. "But for some people that want guided goals, they want lore, they want story, we know that we're underserving players, but we've proven that we can do it and that it works in the shared world with campaigns we've done around the Hungering Deep or Cursed Sails where you put lore, put story in."

He further elaborated that this meant a new and improved quest system will find its way to the game.

"So we've had a team working on basically a new and improved quest system around story and lore in this shared world for quite a while now actually, and it was originally planned to be our fourth update, but we actually moved it back to next year because we wanted to add and grow. We saw the potential in it and we wanted to really, fully do it justice. So yeah, there's a team working on that, has been for quite a while, will be for a little while more, but I think when we bring that into the game it's gonna appeal to those people that want that crafted lore, want that adventure, want that story, and also maybe appealing to single players as well."

This should help bring players back to the game, which lost a ton of players after being a part of Xbox Game Pass. According to a report from analytics firm Superdata, Sea of Thieves lost half of its user base on expiry of the Xbox Game free trial. The game haemorrhaged close to one million users.

"Sea of Thieves has early success but with a caveat. Sea of Thieves had 1.7 million monthly active users on console and 283,000 on PC during its launch month. However – more than half of these users obtained the game through the limited free trial offered as part of Microsoft's Xbox Game Pass. This leaves some unanswered questions concerning the long-term success of the title," the firm said.