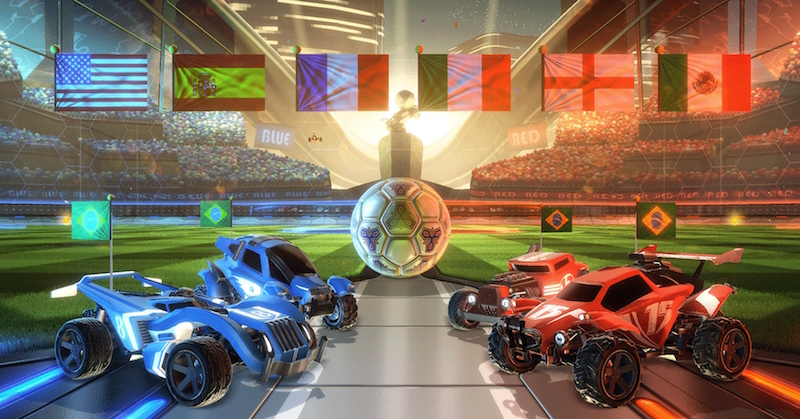 Everyone's favourite cars meets football video game, Rocket League is coming to India on disc. Much like the rest of the world, gamers in the country will get the Rocket League: Collector's Edition on June 24. This variant comes with the base game along with all the cars and content found in its downloadable content (DLC) packs Supersonic Fury, Revenge of the Battle-Cars, and Chaos Run. It will cost Rs. 1,999, making it one of the cheaper titles on the PS4 and Xbox One.

Don't expect it on PC though, this physical retail release is limited to current generation consoles. Nonetheless, PC gamers can grab it digitally. As is with most games on PC, it's cheaper too. A quick check on Steam pegs Rocket League at Rs. 565 with each of the aforementioned DLCs costing Rs. 229 a piece.

Buying it from Steam with all the content that's slated for the Collector's Edition works out to Rs. 1,252 instead of the Rs. 1,999 console owners are paying. Something to keep in mind if you have a choice on which platform you can play it on.

Publishing duties on Rocket League: Collector's Edition are in the hands of 505 Games and it will be distributed in India via E-xpress. Right now, the game is available for pre-order on its retail website, Games The Shop. Expect the likes of Amazon and Flipkart to have it up soon enough.

With No Man's Sky, Mirror's Edge Catalyst, Odin Sphere Leifthrasir, Umbrella Corps, Mighty No. 9, and Sherlock Holmes: The Devil's Daughter being some of the games out in June, will you be picking up Rocket League: Collector's Edition? Let us know in the comments.