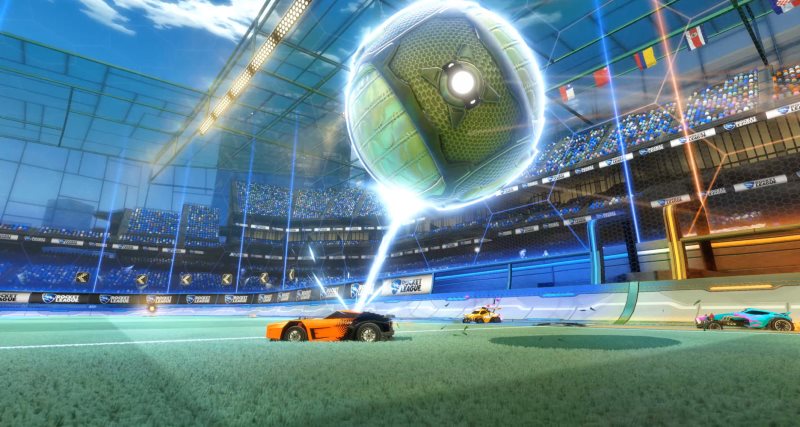 Rocket League is coming to the Nintendo Switch. Developer Psyonix announced this at Nintendo's E3 2017 event with a Holiday 2017 release date. The game fuses together racing and sports as you chase a football in a rocket-propelled car. It became a runaway success when it initially released in 2015 on Windows PC and PS4. Psyonix detailed what's new and different this time around.

Specific battle-cars and customisation items such as Mario and Luigi hat toppers would be exclusive to the Nintendo Switch.

Psyonix confirmed that all of the content, features, and updates the game has got on other platforms like the PS4, Xbox One, and PC will be available on the Nintendo Switch as well.

Rocket League will support all of the Nintendo Switch's play modes including:

Rocket League on the Nintendo Switch will support online multiplayer between Steam and Xbox One versions of the game. Much like Minecraft, PS4 owners will not be able to partake in the fun just yet.