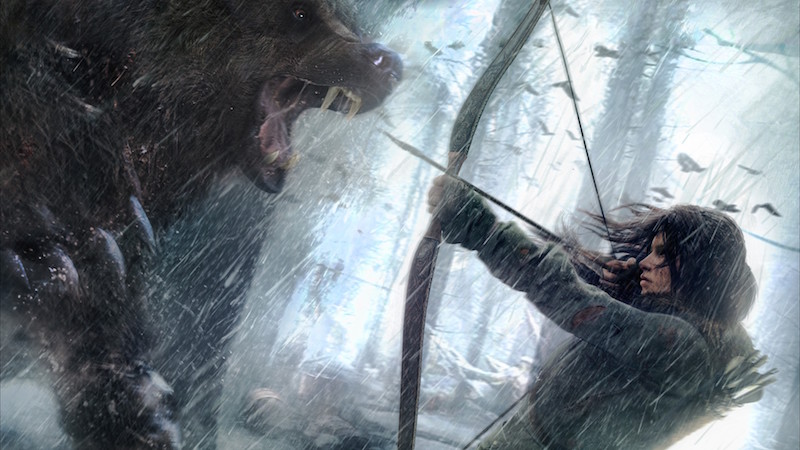 Of greater importance, is the game's price that's also listed on its Steam page. The standard edition of the game will set you back by Rs. 999 while the Digital Deluxe edition is priced in India at Rs. 1,728. The latter comes with the game's season pass, allowing you access to outfits, weapons, new modes, and story-based downloadable content entitled Baba Yaga: The Temple of the Witch. If you want the season pass separately you'll be paying Rs. 729.

Pre-ordering the game on Steam nets you a copy of 2013's Tomb Raider along with the Remnant Resistance Pack that you can outfit Lara with in Rise of the Tomb Raider. It allows her to heal without resources, grants her access to a heavy pistol, and gain extra damage resistance to gunfire. The game has not been listed on Microsoft's Windows 10 Store yet nor has the price for the disc version of the game been announced yet. However, given past pricing of Square Enix PC titles in India, a physical copy of Rise of the Tomb Raider should set you back by Rs. 1,499.

While we found Rise of the Tomb Raider to be a fun albeit pricey romp on the Xbox One, the lower price point combined with a surprisingly lax spec sheet seem to make the PC version the one to get. If you're still holding out for the PS4 edition of the game, you're in for a bit of a wait, as it's slated to hit the selves towards the end of 2016.