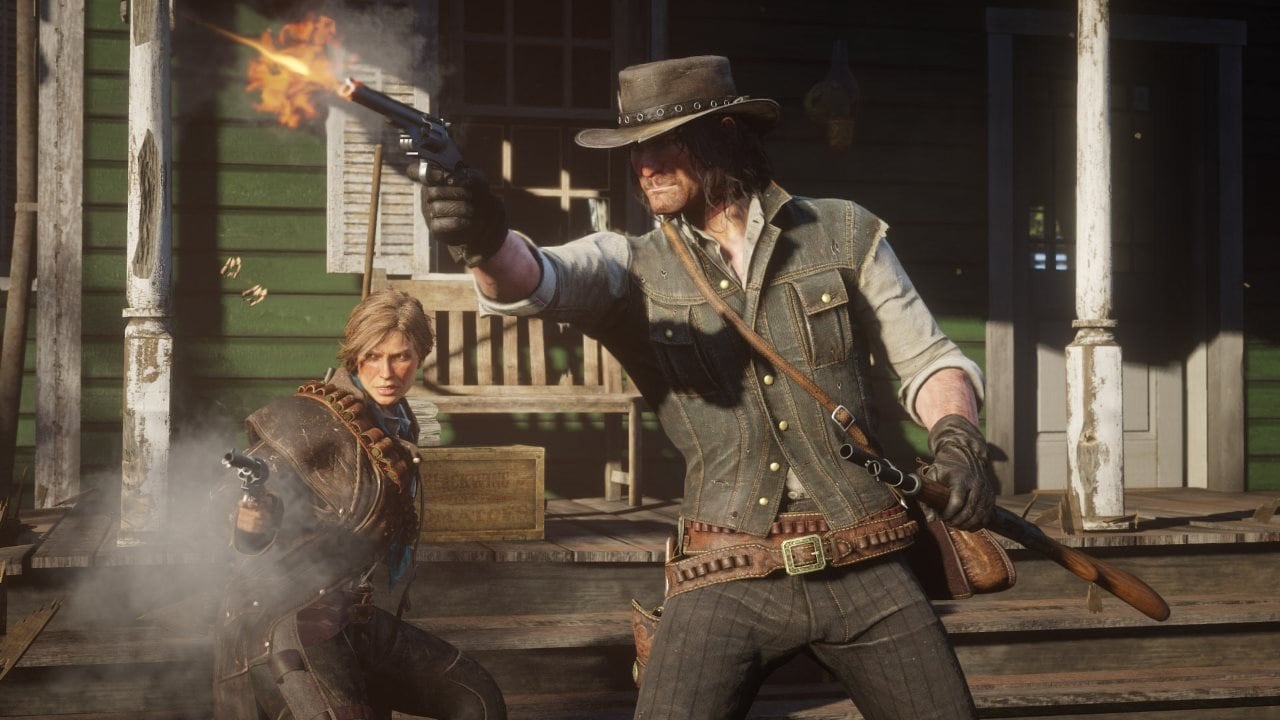 And when Red Dead Online is out, PS4 players get an Arabian horse with a custom alligator skin saddle and the High Roller double-action revolver. To access these, you'll need an active PlayStation Plus subscription - Sony's online multiplayer service.

It will be interesting to see to what degree these items would impact Red Dead Online as their descriptions barring the Grizzlies Outlaw Outfit imply a sort of an edge versus those who don't use them. We won't have to wait too long to find out with the game out this month.

Previously, the official Xbox France Twitter account has stated that the Red Dead Redemption 2 resolution on Xbox One X is native 4K (3840x2160) along with support for HDR as well. This is in sharp contrast to Sony's stance on Red Dead Redemption 2's resolution on the PS4 Pro, which is simply said to be 4K without any clarity if any techniques used to give the effect of 4K like checkerboard rendering are used. Although the game will make use of the PS4 Pro's built-in supersampling feature.

The penultimate Red Dead Redemption 2 trailer showed off a generous amount of gameplay on the PS4 Pro. So much so that video game tech analysis site, Digital Foundry has been able to piece together Red Dead Redemption 2's PS4 Pro resolution. Spoiler alert: it's not 4K. Rather, it's a 12.5 per cent increase over 1440p - a more regular number we see on PS4 Pro supported titles. The same applies to the very last trailer for the game shown off earlier this week, a 1920x2160 PS4 Pro resolution with signs of reconstruction to output at 3840x2160.