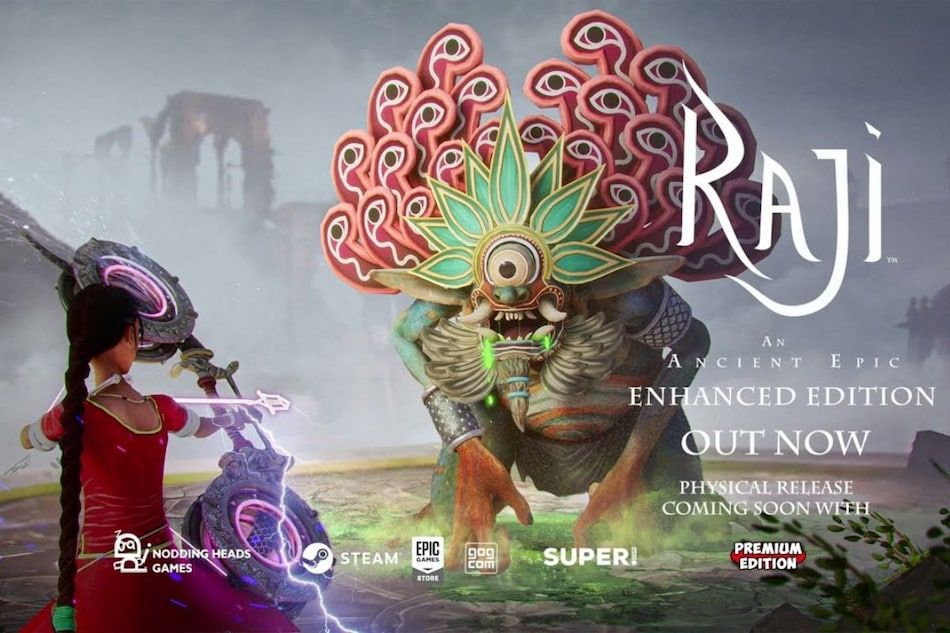 Raji: An Ancient Epic Enhanced Edition brings a perma-death mode to the game

Raji: An Ancient Epic now has an ‘Enhanced Edition' update across major consoles — PS4, PS5, Xbox One, and Xbox Series S/X. The enhanced version was first made available on PC, bringing a slew of improvements, including new game modes, ray-tracing, and a language update to the mix. And on Thursday, July 28, Raji: An Ancient Epic is also coming to Nintendo Switch. The game is also available to play for free on Xbox Game Pass, but with a catch — it leaves the service on July 31, giving subscribers a little over a week to try it out.

The Raji developer Nodding Heads Games put out a new trailer for Raji: An Ancient Epic, detailing all the new changes coming to the Enhanced Edition. Firstly, we have the new game modes, starting with the regular Campaign, where you can pick a difficulty level. Second in line is the Story mode with eased-up combat, allowing you to fully immerse in the lore. And finally, there is the ‘One Shot One Kill' aka the perma-death mode, geared at those looking for a steep challenge.

Raji: An Ancient Epic Review: A Feminist Fable and a Commendable Debut

Players will also be treated with subtitles in six regional Indian languages — Devanagari, Bengali, Kannada, Tamil, and Telegu. A full Hindi voiceover/ dialogue is also included for a “more authentic experience.” Other changes include enemy (AI) variations, support for ray-traced reflections and shadows, new sound effects and music, an improved user interface, and a visual and mechanical overhaul. An update for the Nintendo Switch version is also in the works.

Released in October 2020, Raji: An Ancient Epic follows the tale of the titular young girl, as she is chosen by the Gods to stand against the demonic invasion of the human realm. Upon being separated from her sibling, Golu, Raji is tasked with fighting endless hordes as she tries to rescue him and put an end to the reckless war.

It was nominated for the Best Debut Game category at The Game Awards 2020, marking the first nomination for an Indian game.

Raji: An Ancient Epic Enhanced Edition is out now on PS4, PS5, Xbox One, Xbox Series S/X, and Windows PC via Steam and Epic Games Store.