Rainbow Six Siege Beta Extended, Will Not Have Single-Player 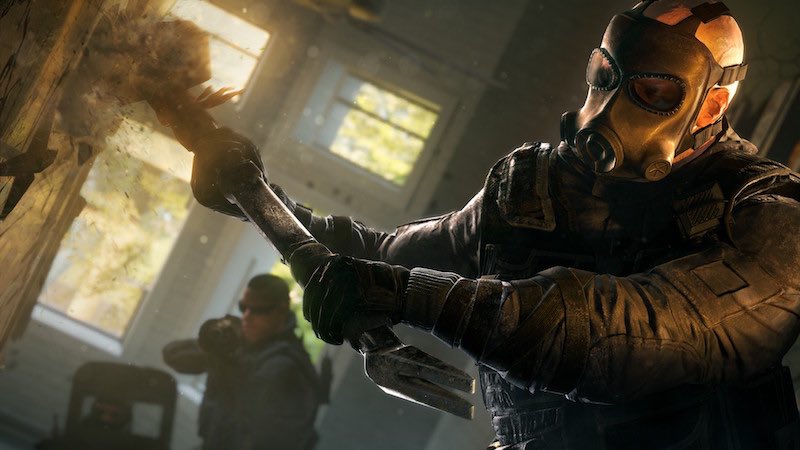 The closed beta for Rainbow Six Siege took place over the weekend. By now it should have ended. However publisher Ubisoft has decided to extend it to October 1.

"We've been getting good feedback on the content of the beta, and matchmaking and server stability have already been improved. There are still a few issues to work out, of course, and we will continue to do that over the course of the beta. Given the current situation, we've made the decision to extend the Closed Beta by 3 days. It will run through Thursday, October 1st," said Community Developer Chase Straight on the Ubisoft forums.

Furthermore, a lot of gamers over the weekend have complained that they never received access codes after pre-ordering the game, something that was promised. Straight claims this has been rectified as well.

"All invites for pre-order customers have been distributed. For digital pre-orders, the beta is available to download from Xbox Live, PlayStation Store, or Uplay/Steam. You will not receive an email. A large number of guaranteed access code invites have been distributed, and we are currently in the process of distributing the rest. Once those are completed, we will begin sending invites to players on the waiting list. Pre-orders made during the Closed Beta will have their invite sent within 24 hours."

In other Rainbow Six news, the game will not have a single-player campaign.

"There is no story mode per se," art director Scott Mitchell told PCGamesN.

"You go through training, where you get to experience different operators and their devices. You can play against enemy AI in co-op through all the maps. You can customise matches, so that's what we're offering on the single-player side of things. It's a pretty good training ground, and on top or that you're unlocking the same content as you would playing in PvP. You're still gaining Stars, Renown Points, and new operatives."

Rainbow Six Siege was one of the surprisingly good games we played at Gamescom 2015. It felt polished, tense, and a whole lot of fun. While our time with the closed beta was fraught with connectivity issues and crashes, and the lack of a single-player campaign disappointing, how Ubisoft manages to maintain consumer interest releasing the game after Call of Duty: Black Ops 3 remains to be seen.

You Will Need a PC, PS4, or Xbox One to Play Black Ops 3 Single-Player
Water on Mars? Nasa Images Study Provides Best Evidence Yet