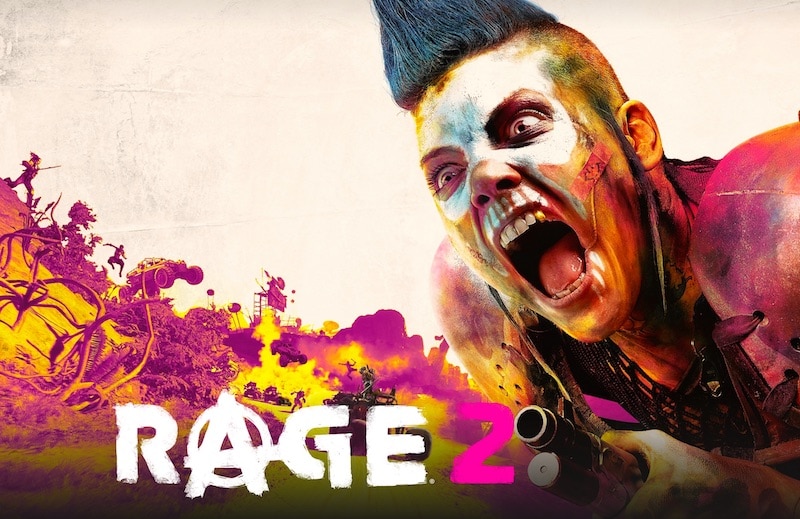 Bethesda finally lifted the lid on what to expect from open-world shooter Rage 2 with a gameplay trailer. It focuses on gunplay, driving, and the game's world along with hints of what to expect in terms of story. Aside from showing off hordes of enemies onscreen and some polished looking driving sections in addition to gigantic mutants, it seems to have some of that upbeat tone present in its previous trailer. However when combined with the sheer scale of chaos on display it appears to embody the best bits of Mad Max - a game developed by Rage 2 collaborator Avalanche Studios and Sunset Overdrive from Spider-Man studio Insomniac thanks to its wide colour palette.

In a fact sheet for the game it's been revealed that Rage 2 will have a 2019 release date. Perhaps a smart move considering the number of massive games out towards the end of the year such as Call of Duty: Black Ops 4 and Red Dead Redemption 2. It will be out on PS4, Xbox One, and Windows PC.

Furthermore, Bethesda claims this to be a title where you "can go anywhere, shoot anything, and explode everything."

The first Rage game released was for iOS. Titled Rage: Mutant Bash TV, it released in November 2010. This was followed up by Rage for PC, PS3, and Xbox 360 in October 2011. It had an extended development cycle that saw creator Id Software switch from initial publisher EA to Bethesda. It was the final Id game that was made under the supervision of industry legend John Carmack. Set in a post-apocalyptic wasteland similar to Mad Max, it had superlative shooting mechanics and great visuals that hold up even today though it ended on a massive cliffhanger.

Did you play Rage on PC, PS3, or Xbox 360? What did you think of the game? And are you interested in the prospects of a sequel? Let us know in the comments.