Quantum Break Runs at 720p on the Xbox One: Report 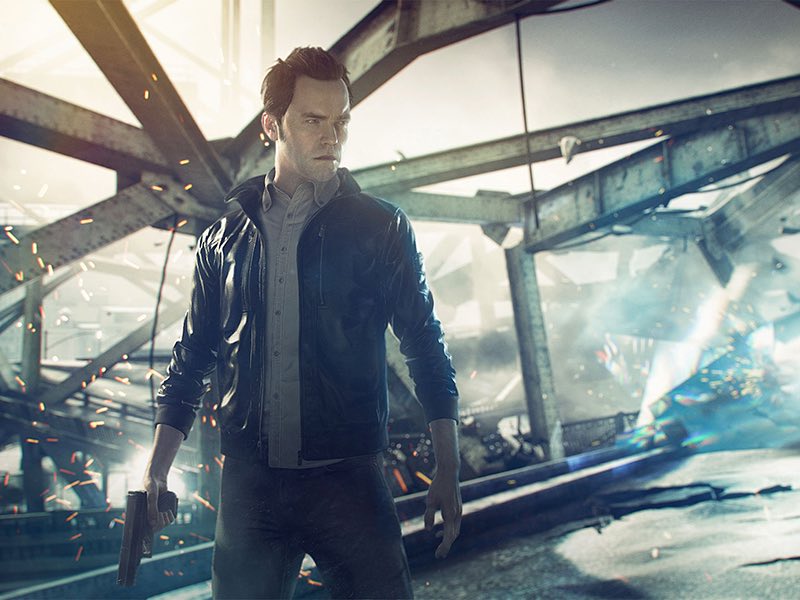 Quantum Break is out on April 5 on Windows 10 PC and Xbox One. In the build up to its release we've seen a steady stream of details about the time-manipulating shooter emerge. One such piece of information is the game's resolution. According to a presentation made by the game's developer, Remedy Entertainment at Siggraph 2015, the game runs at 1080p, 30 frames per second on the Xbox One.

However, Digital Foundry has discovered this is not entirely true after playing the game and running pixel count tests. Rather, the game's resolution is 720p.

"In every scene tested so far, a native resolution of 720p is the consistent result found in each pixel count test - so while there's every possibility of individual render targets operating at higher resolutions, basic geometry that we're able to measure hands in a 720p result as things stand," a post on the site reads.

With 1080p being the expected standard resolution from this generation of consoles, it's interesting to see Remedy play fast and loose. Simply put, no matter how good it looks, its technical chops put the game inline with what you'd get from an Xbox 360 title rather than an Xbox One exclusive. It's perhaps another sign that current generation consoles are underpowered, what with Sony and Microsoft looking at mid-generation hardware upgrades to the PS4 and Xbox One respectively.

As for the Windows 10 PC version, you can expect it to run at 1080p, 30fps to begin with. Although Digital Foundry has not tested it yet.

"But let's not forget that there's also a PC version in development too. We didn't have time to sample this at the press event, but Remedy were pretty open on the state of the build at that time. Limited to 1080p at 30fps, it still required plenty of work before launch," the piece continues. "The developer is promising a maximum 4K experience at 60fps, but it remains to be seen exactly how this will pan out, or exactly what kind of hardware will be required to make this happen."

Considering how poor Gears of War: Ultimate Edition fared on Windows 10, we wouldn't keep our hopes up for Quantum Break's PC debut. More so after it was revealed that viewing the game's live-action episodes require you to be connected to the Internet on PC. This decision was taken to save hard drive space because the videos are in 4K resolution for the platform, making streaming the only viable alternative as per the game's narrative designer Greg Louden. Although Xbox One owners can download them in 1080p, this option has not been extended to those on Windows 10 PC.