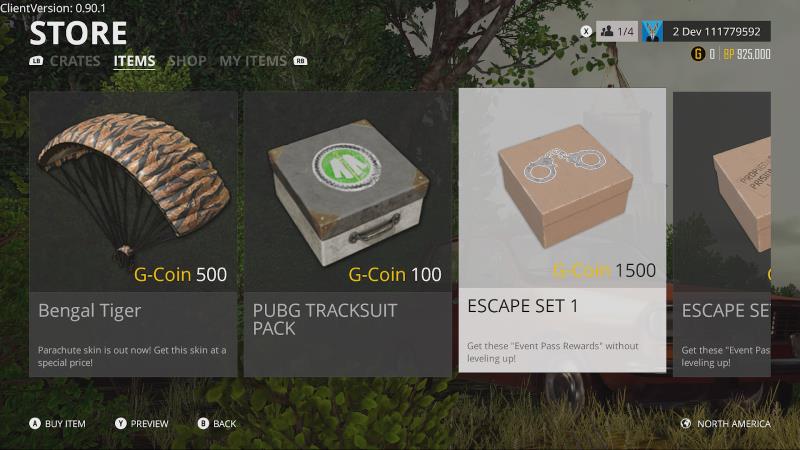 PlayerUnknown’s Battlegrounds is getting a new in-game currency called ‘G-Coin’ on Xbox One, its developer announced Wednesday, which can only be purchased with real money unlike Battle Points. PUBG Corp. cited the lack of a marketplace on Xbox, as opposed to Steam, as the reason for its creation.

The new PUBG G-Coin currency will be first rolled out to PUBG’s ‘Public Test Servers’, to test “the stability and integrity of this system before it hits live servers”. Anyone who signs up for these Public Test Servers, available free to everyone who owns PUBG on Xbox One, will be given 13,000 G-Coin and 100,000 Battle Points.

To get on the separate PUBG Public Test Servers, simply search for ‘PUBG Test Server’ on the Microsoft Store. They went live Wednesday and will be open until launch of PUBG 1.0 on Tuesday, September 4. While both maps – Miramar and Erangel – are available, players on the North American server are restricted to Solo Third-Person Perspective (TPP).

Once G-Coin goes live for everyone, it will be available for purchase in the Microsoft Store and in the in-game store. PUBG players can then use real money to buy G-Coin, which can be used to buy Event Pass: Sanhok, skin sets, and parachute skins but not crates, which will still use Battle Points. Event Pass: Sanhok cannot be purchased using G-Coin on Public Test Servers.