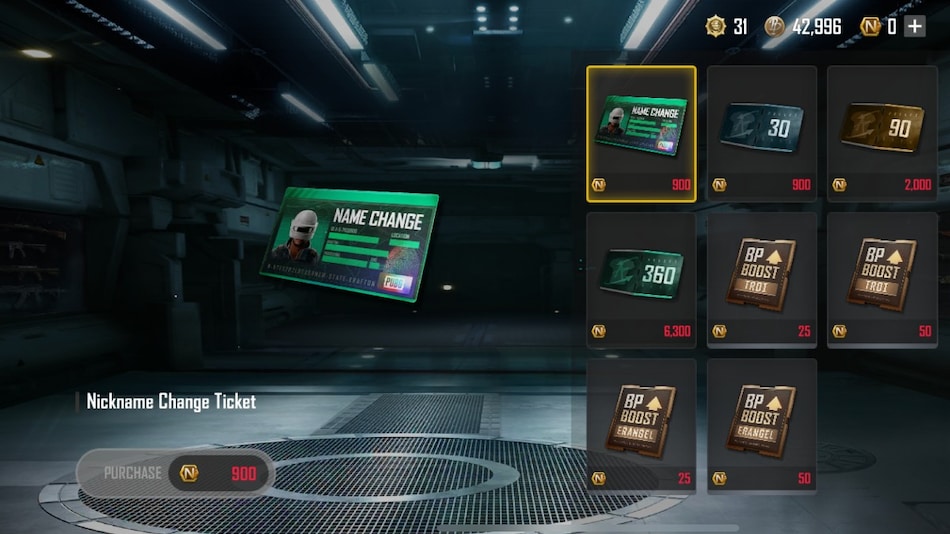 PUBG: New State Nickname Change Ticket is now available for purchase in the NC Store. As the ticket suggests, it will allow users to change their nicknames they use while playing the battle royale game. This comes a few days after the game's development team announced graphics enhancements for the Troi map. Krafton has also released the January 0.9.23 update marking the beginning of Season 1 of the game. It brings BR: Extreme game mode, the P90 SMG with 5.7mm ammunition, gun customisation options, and weapon balance improvements.

As per the tweet by PUBG: New State Twitter handle, the Nickname Change Ticket is now available to purchase in the NC Store. The Nickname Change Ticket can be purchased for 900 NC (new currency), which is an in-game currency given to players to make in-game purchases such as skins, open crates, outfits, and more items. If you don't have enough NC, you can purchase it.

In order to get NC, users can open the PUBG: New State game, and click on the + icon beside the “N” icon. Select the package you want, and click “Purchase”. Once done, you'll be directed towards your mode of purchase such as debit card or credit card, UPI, Google Play Balance (on Android), among others. You can also sign up for the Google Play's Opinion Rewards and the credits received can also be exchanged for NC.

As mentioned, PUBG: New State will get graphic enhancements in the Troi Map in the February update, the game's development team announced recently, adding that this will reduce eye fatigue, and make it easier to locate enemies on a distance. The game also got the 0.9.23 January update marking the beginning of Season 1 of the game. The update also brought BR: Extreme game mode, the P90 SMG with 5.7mm ammunition, gun customisation options, and weapon balance improvements.